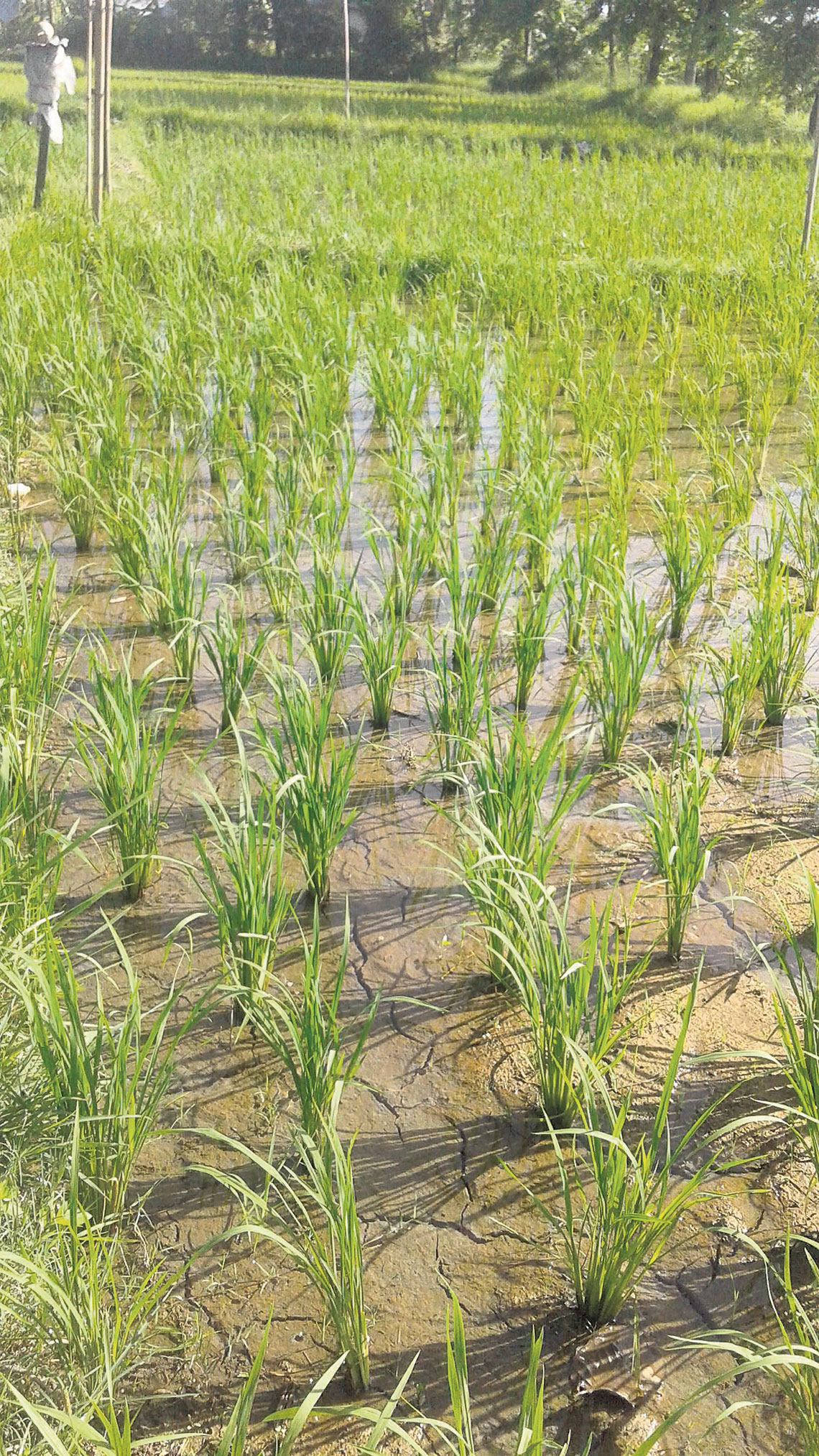 DAMAK, July 22: Farmers of Jhapa are worried as their paddy saplings are drying up due to scorching heat and lack of rainfall.

“We transplanted saplings by paying workers high wages as it is very difficult to get daily wage laborers these days. Now, paddy saplings are drying up,” said Krishna Poudel, a farmer from Gauriganj.

Saplings are drying up even paddy in paddy fields that have irrigation facilities. Reason: water level in Kankai canal has receded and farmers have not been able to operate lift pumps due to low voltage electricity supply, according to Bahundangi-based farmer Samarpan Khatiwada.

“We started transplantation rather late due to shortage of laborers. Now, our saplings are drying due to high temperate and lack of rainfall,” Khatiwada told Republica.

Along with Shivasatakshi and Gauradaha municipalities, Gauriganj, Kamal Kachanwal, Haldibari and some other rural municipalities are pocket area of paddy farming in Jhapa district.
Temperature in Jhapa rose to 39 degree Celsius on Friday.

TAPLEJUNG, Dec 2: Farmers in Taplejung have been worried after not getting suitable market price for ginger. Despite high season of... Read More...

BHADRAPUR, July 24: As many as 125 households in Bhadrapur Municipality's Ward No 5 have been flooded after torrential downpour. Read More...

Why was the University Bill introduced, leaving aside the Education Bill?
11 minutes ago