In 'world first', man born without hand gets one 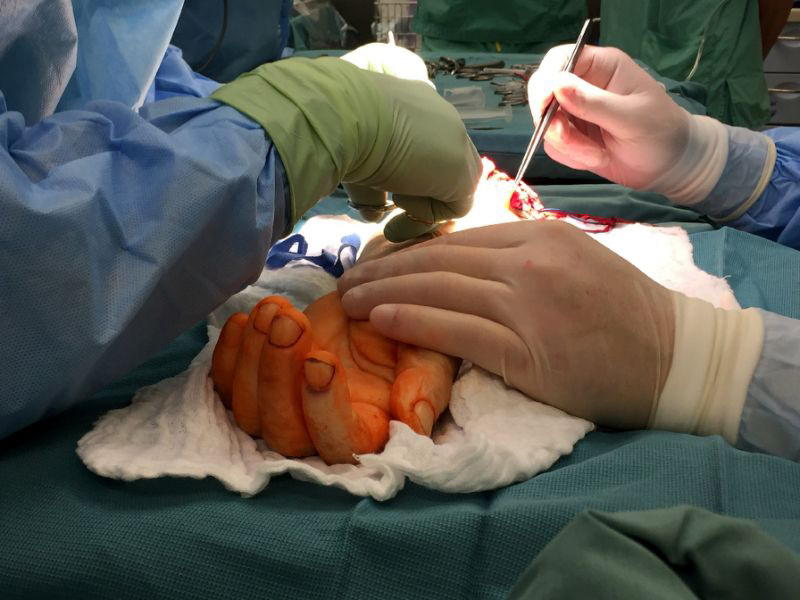 Surgeons attach a hand from a deceased donor to a man born without one at at Wroclaw Medical University Hospital. Photo Courtesy: AFP

Warsaw, Dec 23: Surgeons in Poland said Thursday they had successfully attached a hand from a deceased donor to a man born without one, in what they claimed was a world first.

"It is the first graft in the world of an upper limb onto an adult with this congenital defect," said Adam Domanasiewicz, who headed the team of surgeons at Wroclaw Medical University Hospital.

"We are talking about a man who lived 32 years without this member."

Up to now, a similar procedure had been performed only on newborn conjoined twins in Indonesia and Canada, Domanasiewicz said.

Hands have also been grafted onto patients whose own limbs were amputated.

The transplant to the wrist was performed on December 15 in an operation that lasted 13 hours.

The patient, identified by his first name Piotr, was all smiles after the procedure and spoke of his dream for the future.

"I'd like to be able to hug my family using both hands. Until now I'd been using my stump," he told private news channel TVN 24.

As of today, he can only move his fingers and not the hand itself, but doctors are optimistic that he will gain more mobility over time.

"This is an important breakthrough in neurophysiology and the practice of transplants because up to now it was thought that -- in the case of this type of congenital defect -- such grafts could not be done," Domanasiewicz said.

The operation could open up new possibilities to hundreds of thousands of people in the world born without members whose only option to date has been prostheses, he added.

AP, Dec 2: The first birth as a result of a womb transplant in the United States has occurred in... Read More...