In the driving seat


How many times have we been here before? All of these entirely avoidable tragedies – resulting from neglected infrastructure, administrative lapses, and human negligence – leave more than 50 people dead and most of us shaking our heads.

After the tragedy at Dhading, many of us were indignant with rage when we heard the driver had had a few drinks along with his dinner. I have overheard quite a few people say they would get right off the bus if they had been the passengers on it. But it’s easier said than done, especially when it’s late at night and you are in the sort of god forsaken place that usually serves as a pit stop for these long-distance buses.

I keep thinking what I would have done apart from confronting the driver. I have, in the past, refused to ride with people on a bike when they were drunk partly because I almost got myself killed a few times due to drinking and driving. So I don’t really know if I would have got off the bus. I, and I suspect many others, probably would have got on the bus and hoped to make it to Kathmandu in one piece.

This attitude perhaps comes from my experiences of travelling on night buses ever since I was a kid. I am probably older than most sections of the highway along the East-West route (from Biratnagar/Kakarbitta to Kathmandu). On the numerous occasions that I have sat at the front of the bus (next to the driver), it has never been a pleasant experience whether it is the narrow straight roads of the plains or the winding roads of the hills.

The way these drivers drive, it’s hard to tell whether they are drunk or just drive perennially in ‘rally’ mode – this breakneck speed just seems so normal. It’s like the other vehicles on the highway do not exist. A night/day bus takes approximately 14 hours to get from the eastern most Tarai fringes of our country to Kathmandu and that should be quite enough to tell you about the speed of the journey.

Our roads are special (for lack of a better word) and they call for a special breed of drivers. Drivers with distinct skills and a heightened sense of responsibility towards their passengers, that they have acquired and cultivated over the years through experience.

Our drivers navigate some of the most treacherous roads in this world and most of them have been driving the same circuit for years – they know every pothole on the roads. Almost every driver will have tragic tales to tell of one idiot or another who had a drink, was very casual on a turn or wasn’t paying attention when they lost their lives.

Our roads come with obvious dangers: mudslides, rock falls, hairpin bends, and a small mistake have the potential to cost lives. Everyone has their opinion of the most dangerous roads: mine is the one from Butwal to Tansen but I can tell you without even thinking twice that there are far more dangerous roads out there.

I am from Hetauda and I frequently travel there using the Sisneri route (the route that skirts the old Kulekhani route). Owing to the difficulty of terrain and narrow roads, this was the first route to start using ‘Tata Sumos’, which are now ubiquitous all over the hills of Nepal.

On these journeys, I often hear drivers bemoan not only the lack of experience of the younger lot (both commercial and private) but more crucially not appreciating the dangers of the roads they drive on. Even the basic rules of the road like honking at every hairpin bend, only overtaking when it’s safe are not adhered
to when it is absolutely critical that these rules are followed.

Add this carelessness to the state of our roads and there is, quite literally, danger lurking at every bend.

Even our better highways can be a nightmare to drive on. In an episode of a series called the World’s Most Dangerous Roads, two British comedians, Rhod Gilbert and Greg Davies, take turns to drive on our highways from the Indian border to the Chinese one.

It is a testament to the conditions we endure that it’s almost inevitable, when documentaries like this come around, Nepal will invariably be featured in it, whether it is dangerous airports or dangerous roads. It’s safe to say that they had the daylights scared out of them. And the best part of it was that with the exception of the Arniko highway, in a few places, they weren’t driving on what we in Nepal would call bad roads.

Our highways and their fear factor are the reasons why even seasoned drivers of Kathmandu (me included) always hesitate before venturing out onto them. A healthy amount of fear is necessary for us to treat the roads with respect and drive with caution the state of our roads warrant.

More so, in this day and age, when the number of private vehicles on the highways is steadily increasing with folks going on road trips or holidays with their families.

Being in the driving seat means an implied responsibility to be extra careful, no matter how experienced one might be or how familiar the roads are. They say it’s the journey not the destination that matters. It has never been more true than here in Nepal. 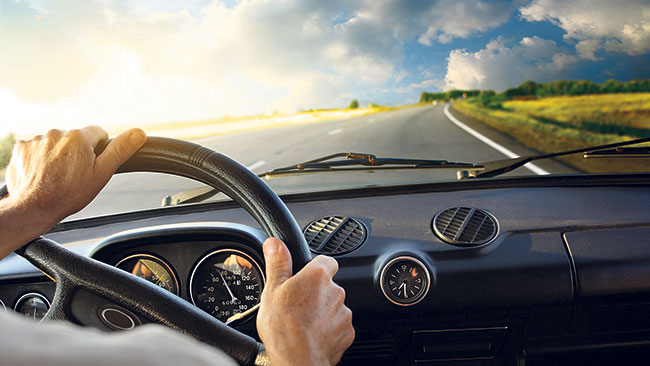 Driving over the narrow streets of Kathmandu is not a piece of cake and encountering bunch of problems on the... Read More...

KATHMANDU, Oct 18: The Department of Transport Management is to bring the 'smart card system' into force to issue the... Read More...

Smart lockdown to be enforced, int’l flights to resume
13 minutes ago

It is difficult to run hotels according to the prevailing policy: HAN
56 minutes ago