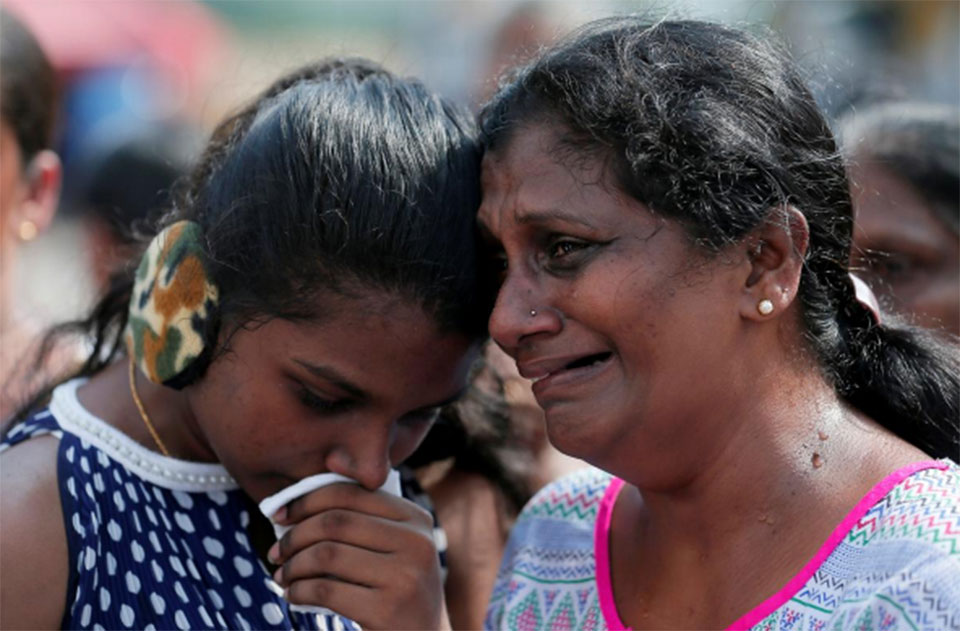 Devotees cry while praying in front of St Anthony's church, one of the churches attacked in the April 21st Easter Sunday Islamic militant bombings, during the first month remembrance service, in Colombo, Sri Lanka May 21, 2019. REUTERS/Dinuka Liyanawatte

COLOMBO, May 21: Weeping Sri Lankan Catholics lit candles and prayed in a memorial service outside a bombed church on Tuesday, one month after Easter bombings by Islamist militants killed more than 250 people.

The April 21 attacks, claimed by militant group Islamic State, targeted three churches and three luxury hotels, shocking the island and shattering a decade of relative peace after the end of a 25-year civil war.

Hundreds of worshippers, including survivors and relatives of the victims, gathered outside St. Anthony’s Shrine, a Catholic church in the capital, Colombo, for the ceremony.

“I did not want to come here,” said Gloria, one of those attending, as she wiped away tears.

“But we came to remember our daddy who left us,” added the 17-year-old, who was accompanied by her mother and 14-year-old sister, Sophia.

Gloria, who declined to give her surname, said she lost consciousness during the attack, and opened her eyes to see her sister crawling towards her and her father bleeding.

The navy is repairing the white-painted church, which is covered in scaffolding, and police with sniffer dogs patrolled the area.

Some Christian schools also re-opened on Tuesday amid tight security. The city’s archbishop had complained about insufficient security around churches, and many parents have kept their children at home for fears of renewed attacks.

Authorities say the threat of more Islamist militant attacks has been contained and that security services have dismantled most of the network linked to the Easter Sunday bombings.

IN PICS: Bye Bye Kathmandu!
11 hours ago
Police drag Dr KC out of ambulance, forcibly take him to Trauma Center
12 hours ago