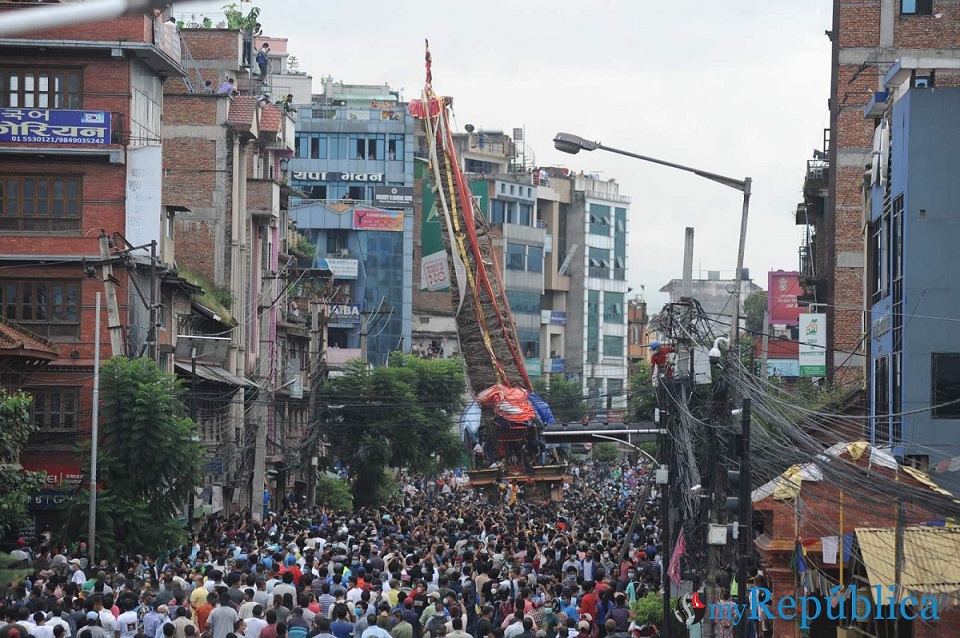 KATHMANDU, Sept 3: A large number of people gathered in Pulchowk area  for Rato Machindra chariot festival despite prohibitory orders in the Kathmandu Valley on Thursday.

The government has restricted gatherings of people and celebration of festivals but a crowd of more than 1,000 people was seen in Pulchowk area, pulling the Rato Machhindranath chariot.

The annual chariot procession usually begins in the month of Baisakh on Shukla Paksha Pada till Asar Shukla Chauthi, for around two months. The length (height) of Machhindranath’s chariot is 48 feet and it is made of wood and cane. The chariots are constructed with wooden frames without using any nails.

However, the construction began only on July 26 this year. The District Administration Office, Lalitpur, had decided not to make crowds and gatherings to celebrate festivals and in earlier in July it decided the same for the Rato Machhindra procession.

Such a big gathering poses a huge threat to public health, especially during this extraordinary time of COVID-19 pandemic.

Meanwhile, talking to Republica, representatives of the Guthi Corporation and Jyapu Samaj said that they are unaware of the procession. According to them, they had called a meeting for Thursday afternoon to decide this year’s chariot procession.

Here are some pictures taken by Republica Photojournalist Bijaya Rai on Thursday afternoon at Pulchowk: 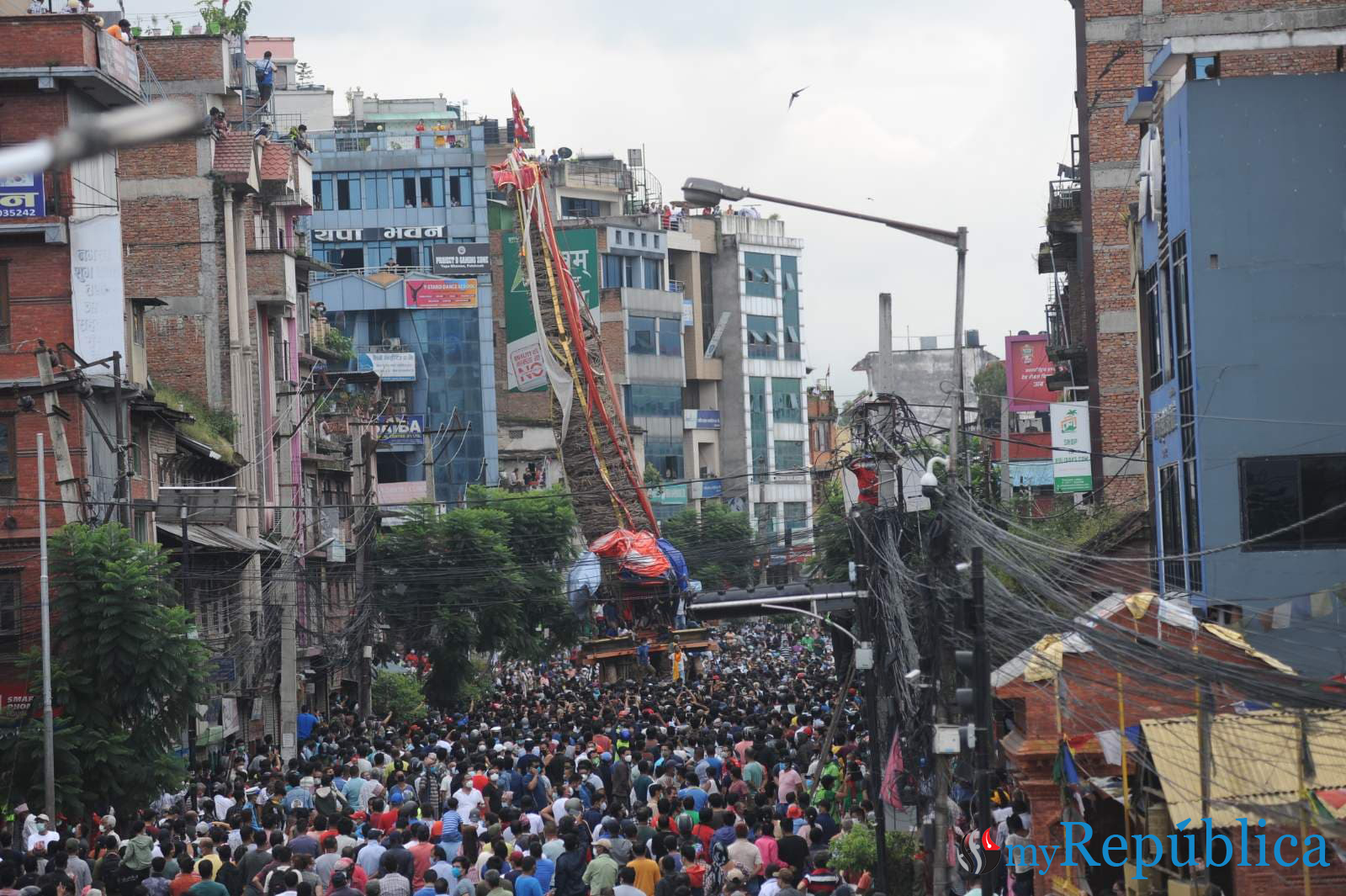 KATHMANDU, April 4: The authorized distributor of Samsung Electronics and Mobile Products has extended the standard warranty on all its... Read More...