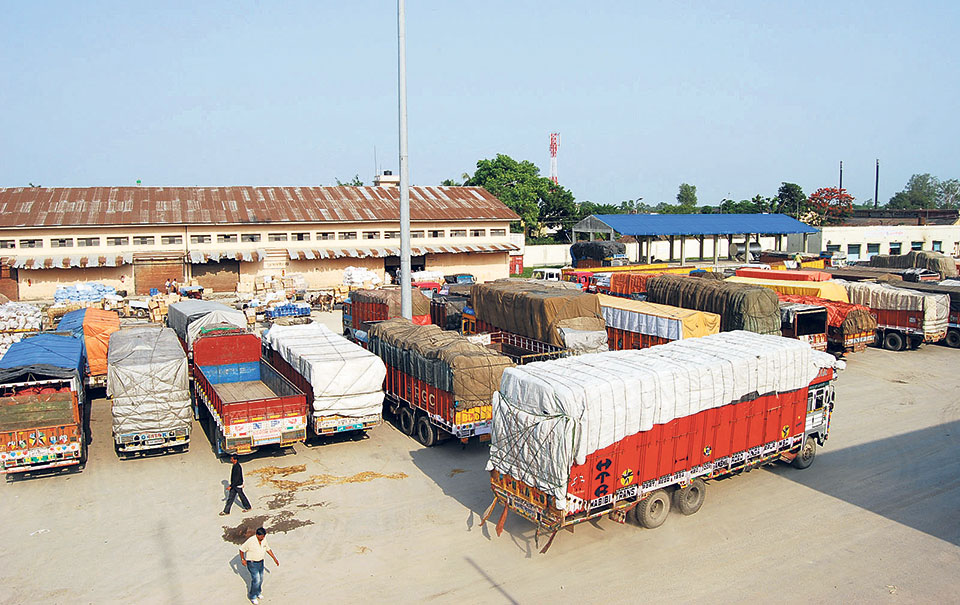 BIRATNAGAR, Oct 24: The industrial units of steel, soap, color, and other products based in the eastern part of the country have considerably reduced the import of raw material.

Industrialists of Morang said that due to ‘impractical imposition of taxes by the government’ they had to reduce the production of goods because of such taxes, which has made it ‘difficult to compete with Indian products’. This, they said, will hit exports to India.

Pawan Kumar Sarada, immediate past president of Morang Merchants’ Association, said the country is heading towards economic crisis because of the government’s impractical policies. He said that as the government has increased taxes, most of the sectors are badly affected.

Sarada further said the industries that earlier used to export iron and steel products worth Rs 5 billion to India every year are in no position to export this year. “The export of iron and steels to India has almost been stopped,” he said.

According to Sarada, the steel industries in the east used to export GI wire to India. He said the export was affected as the government started imposing Rs 1,650 per ton in the import of raw materials.

“Not only has the taxation impacted the import and export of the goods, the industries has started slashing the number of workers,” he said.

Maniram Poudel, spokesperson of the Biratnagar Customs Office, said the reduction in the import of raw materials from India has affected revenue collection. “The import of goods that bring in more revenue has decreased because of which the revenue has also been affected,” he said.

Along with the raw materials, import of 30 types of goods through Biratnagar Customs Office has decreased in comparison to last year. The import of goods like garment, iron, steels, transportation vehicles, parts of vehicles, and diesel has decreased.

The import of lubricant has also plummeted. Last year, 409,438 kilograms of lubricant was imported. This year, the import has been limited to 113,167 kilograms. Similarly, the import of factory acid used by industries has decreased. Total 6.08 million kilogram of factory acid was imported last year in the first quarter whereas the import has dropped to 2.7 million kilogram this year in the corresponding period.

Similarly, the import of big rolls used by the industries as raw material has decreased by 60%. Last year 49.9 million kilogram of the iron and steel rolls was imported and this year the import has gone down to 27.1 million kilogram.

KATHMANDU, Jan 3: The government has enforced the Regulations of the Safeguards, Anti-Dumping and Countervailing Act, enabling the authorities to check... Read More...

BIRGUNJ, April 18: Import of hydropower equipment and machineries through Birgunj Customs Office, which had fallen drastically due to border obstructions... Read More...

Why was the University Bill introduced, leaving aside the Education Bill?
9 minutes ago