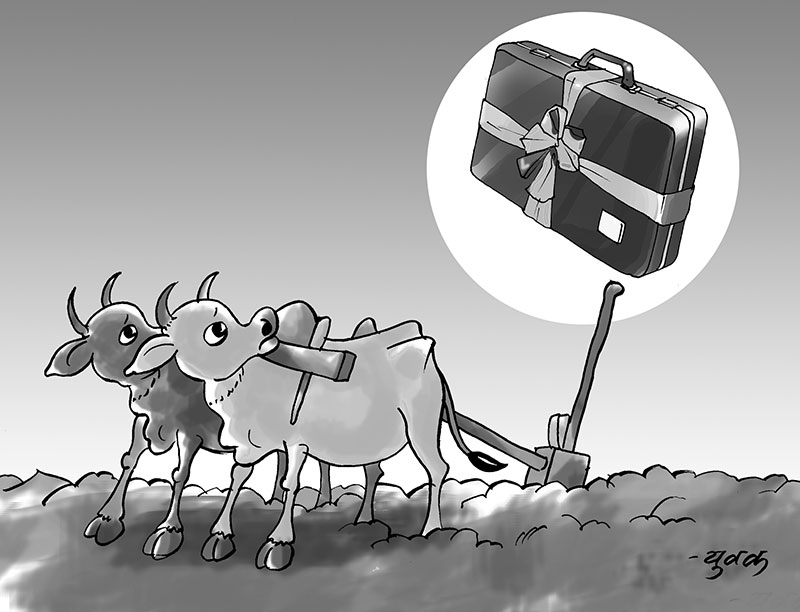 KATHMANDU, Aug 1: The import of agricultural products has been on the rise year-on-year with the government failing to enforce effectively its announced programs and policies for domestic production.

The records of the Department of Customs show that Nepal imported agricultural products worth Rs 243 billion in 2019/20, which is 8.48 percent more compared to the import expenses in the segment in the previous fiscal year. The import figure is 62 percent more than that of fiscal year 2015/16 when the country’s spending on imported agro products stood at Rs 150 billion.

As per the government record, Nepal enjoyed a reduction in its import bill by 15.63 percent to Rs 1.19 trillion last year. Of the total import value, the share of agriculture related goods stood at more than 20 percent.

Of the imports, a hefty expense is being made on food items. Nepali farmers produced 5.5 million tons of paddy, the second largest harvest in history, in the last fiscal year. However, the country settled import bills of Rs 33.65 billion on rice and paddy, an increase from Rs 32 billion the previous year. Five years ago, the import bills on the staple food used to stand at only around Rs 12 billion.

As per the Ministry of Agricultural and Livestock Development, one Nepali consumes an average of 191 kg of food every year — 90 kg of rice, 45 kg of maize, 45 kg of wheat, and other foods like meat and dairy products. The ministry officials said that the significant rise in rice import is due to a large number of people switching to fine rice including the long-grain basmati rice with rise in income level and urbanization.

The customs data shows that the country imported fresh and dry fruits of Rs 20.75 billion and pulses of Rs 18.21 billion. The expense on tea, coffee and spices was Rs 11.57 billion while the import bill of meat and fish was Rs 2.78 billion.

Nonetheless, the government reiterates its claim for giving priority to agricultural production. The government through the budget for 2020/21 has earmarked Rs 41.40 billion for agriculture with a nominal rise in the allocated budget last year. The monetary policy also talks about making banks increase their lending to the sector to 15 percent from 10 percent.

The government has been implementing a 20-year Agriculture Development Strategy along with a 10-year action plan and roadmap starting from 2015. Likewise, the sector is being provided with a 75 percent grant on insurance premium of the farm products.

In addition, the government is investing billions of rupees to provide subsidies on seeds, fertilizers and agricultural equipment, among others. Targeted programs such as identifying the number of production areas under the framework of zones and super zones have also been made online to make the country self-reliant in the specific products. However, the overall impacts of all the government set programs have been negligible in absence of their effective implementations.

Why are murder-suicide cases among couples on the rise?

Mental health experts argue that there is more than just one reason behind such incidents ... Read More...

SALYAN, Jan 11: Salyan district has supplied Agriculture products worth over Rs 220 million in the first four months of... Read More...

Building authenticity and credibility through safe agricultural products (with video)

KATHMANDU, Oct 22: The word ‘organic’ has become really popular among farmers, sellers and consumers in recent days. It has... Read More...

As a Dalit girl is denied a room to rent, an int’l report highlights poor representation of Dalits in  state’s judicial, law enforcement agencies
19 hours ago

T.U. to resume suspended exams from mid-July
16 hours ago