"If Salman Khan loves Pakistani artists, he should migrate there" 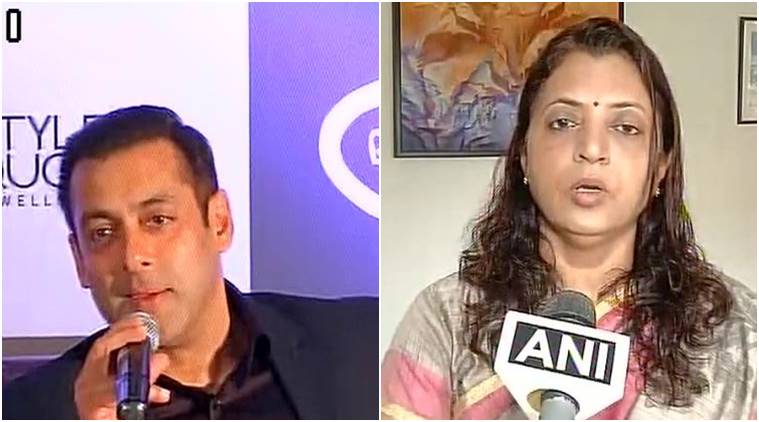 Speaking at an event in Delhi, Salman Khan said, “They are artistes, not terrorists. It’s the government who gives them work permits and visas. Art and terrorism should not be mixed.”

NEW DELHI, Oct 1: On Friday, Salman Khan entered the ongoing war of words about banning Pakistani artists from the Hindi film industry by saying that art and terrorism shouldn’t be mixed and Pakistani artists aren’t terrorists.

The statement invited backlash from the Shiv Sena on Saturday who said that Salman Khan too should migrate to Pakistan if he likes the Pakistani actors so much.

Bollywood Actor Salman Khan backs Pakistani actors, says they are artistes speaking at an event in Delhi on Friday, Khan said, “They are artistes, not terrorists. It’s the government who gives them work permits and visas. Art and terrorism should not be mixed.”

Shiv Sena leader Manisha Kayande said, “Salman Khan needs to be taught a lesson. If he has so much love for Pakistani artists, he should migrate there.”

Salman Khan made the statement a day after the Indian Motion Picture Producers Association (IMPPA) passed a unanimous resolution at the annual general meeting, appealing to all their members to “henceforth, not to work with any artistes, singers or technicians from Pakistan until the situation of hostilities between Pakistan and India subsides and the Government of India declares that all is well with Pakistan and India.”

Khan spoke out against the ban, which was first proposed the MNS after the Uri terror attack. Channel Zee Zindagi, which used to exclusively broadcast Pakistani shows, also changed the line up of the channel by removing Pakistani shows altogether.

It's celebration time for Salman Khan and Katrina Kaif, as their recently released high-octane film is doing wonders at the... Read More...

Iulia Vantur says she has no plans of marrying Salman Khan

It has been reported since a substantial amount of time now that Romanian actor-television presenter Iulia Vantur is Salman Khan’s... Read More...