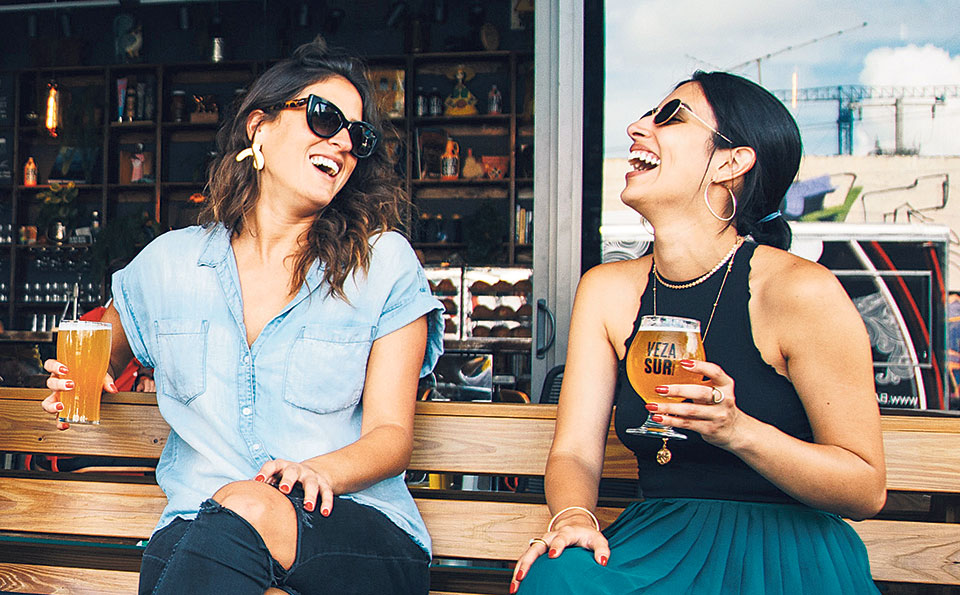 When you meet someone, what’s the first thing you notice?
First impressions can be tricky. Yes, it takes time to fully get to know someone but that first meeting is usually when you decide whether or not you want to even get that far. Noticing a person’s physical appearance might be the most common thing we do when we meet someone but there are other things that matter too. Here, we asked some people around town what they focus on when they meet someone for the first time.

Sulav Raj Baral, District coordinator, Aakhil Nepali Bidya Sangh
I definitely don’t notice people’s physical appearance or fashion sense because these outer things don’t really matter to me. Instead I look for emotional connections, psychological similarities, and good vibes in them. I usually don’t talk to many people, because I try to connect with people through thinking and ideas on a personal level. I would only approach someone whose positive thinking matches mine. We are all humans and we know what it takes to be one. Everybody is fighting his/her own silent battles. I try to search for the good in people and their struggles.

Dawa Gyalwa, Student
When I first meet someone, I try to get a grasp of their personality by taking in all the visual cues. I observe them and figure out how confident they are, how open they are, how they talk, how they walk and how kind they are. I look at their eyes a lot as I feel like people’s eyes really tell you a lot about their personalities and, even if someone can fake their actions and body language to make him/herself appear different than he/she actually is, their eyes will never lie.

Shamila Pokharel, Student
Looks are usually not what I first notice in a person. It is the way he/she is, as a person. The way they listen to what I am saying when we speak and the way they respond to me is what catches my attention. I usually look for the intellectual and philosophical side of people. I can be really impressed with a person’s thoughts and ideas. Whenever I’m meeting someone for the first time, I tend to observe how he/she acts in certain situations and whether he/she can hold a conversation in an interesting way or not. It’s more a person’s behavior and manners rather than his/her looks that I get charmed by.

Prinshu Dhakal, Student
The first thing I notice about a person is how he/she presents him/herself in a crowd. I don’t think it’s possible to know how someone is judging him/her by his/her style and dressing sense because he/she have had the time to prepare for that so I try to observe how they communicate, their gestures, and take notice of whether or not they make eye contact while talking to you. I really like people who can hold their ground and seem at ease with their surrounding. I have to admit that their fashion sense does matter, though I don’t let it influence my opinion of them too much.

Shradha Joshi, Studio Manager at House of Palettes
The first thing I notice when I meet someone new is his/her smile. I generally like smiley and happy people as I feel this good vibe coming from them and I think people who smile often are almost always positive and more approachable. Additionally, I think everyone looks their best when they are smiling. Also, I’m an introvert so I find it uncomfortable to look straight into someone’s eyes when I first meet them. Seeing people smile makes me more comfortable around them and I’m gradually able to open up more.

Rakshyak Shrestha, Photographer
What I first notice in a person actually differs according to who it is that I am meeting. If it’s a man, my eyes would first go to his shoes. Basketball shoes are something I find really appealing in men. If I have to go more in depth or once we start conversing, a person’s way of behaving, talking and his way of carrying a conversation are things that would really catch my attention. Talking about women, the very first thing I would notice is their facial feature – their eyes to be more specific. And the way a woman dresses up and carries herself and her confidence are also things that don’t go unnoticed when I first meet them.