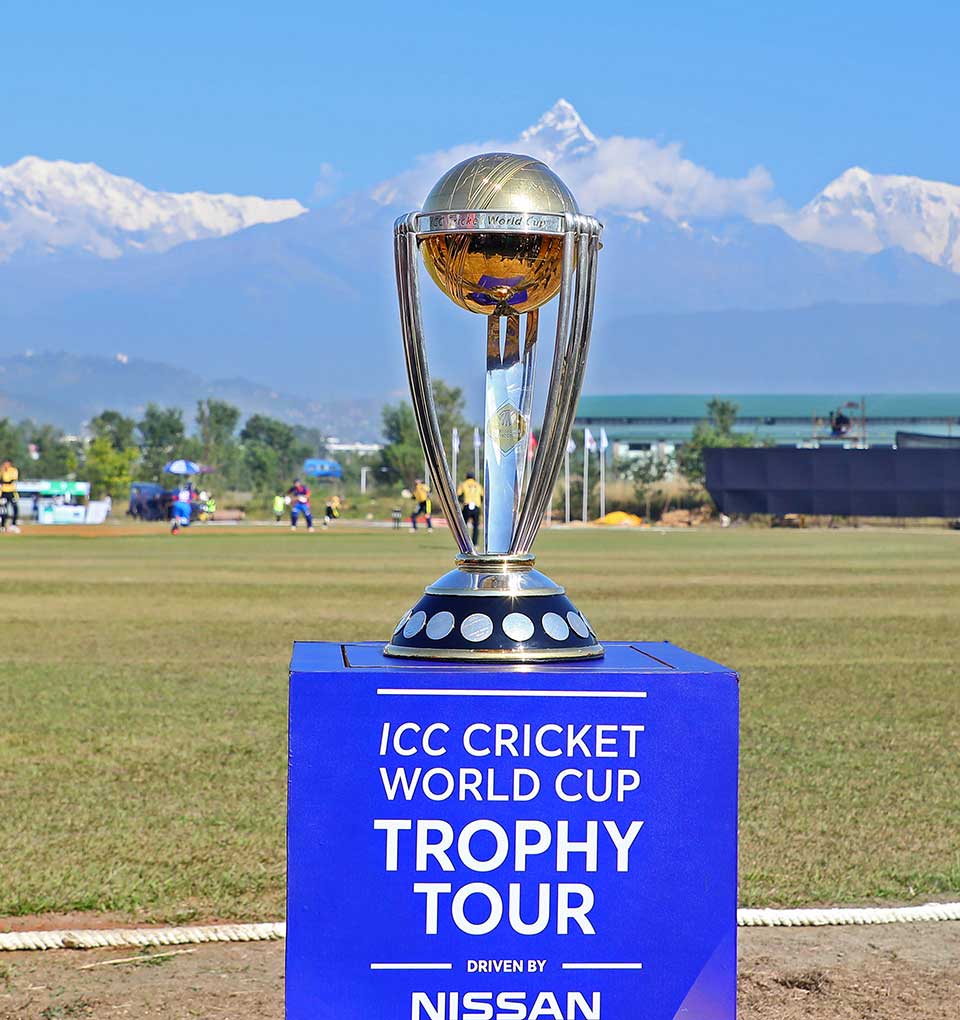 POKHARA, Oct 28: The 2019 ICC Cricket World Cup which is set to take place in England and Wales next year was displayed in Pokhara on Saturday.

The World Cup trophy, which is on a global tour, was made public at the Rangshaala Cricket Ground, Pokhara by young Nepali cricket sensation Sandeep Lamichhane during a Premier League match.

Lamichhane unveiled the trophy during the match between Butwal Blasters and Chitwan Tigers.

The World Cup trophy was made public in Kathmandu’s Swayambhunath Stupa before bringing it to the tourist city Pokhara.

Nepal national cricket team captain Paras Khadka, among others, also posed with the trophy during the second innings break. Then, the trophy was kept for display to the local crowd and officials.

The trophy, which will be taken to Chandragiri Hills on Sunday, will be displayed by Prime Minister KP Sharma Oli at Basantapur Durbar Square on Monday.

The Cricket World Cup is scheduled to take place in England and Wales from May 30 to July 14, 2019. 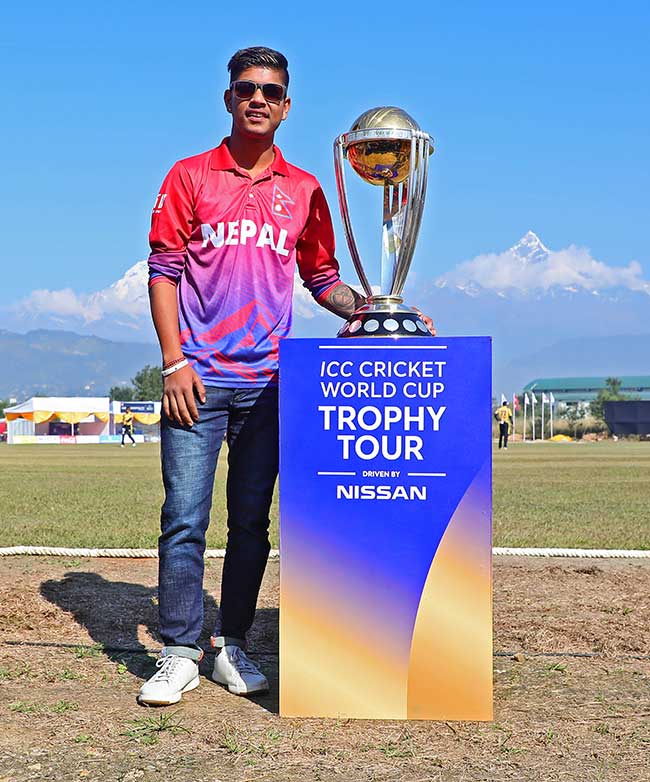 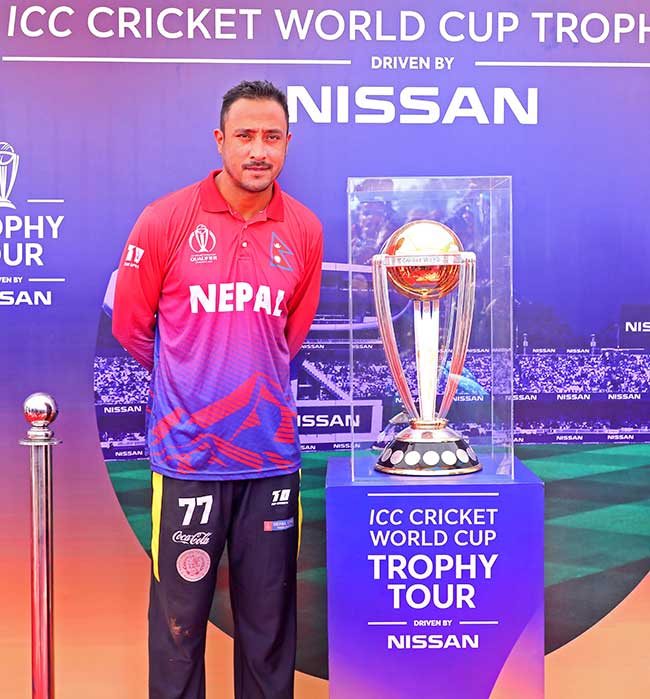