Another Chinese company setting up cement plant in Nepal 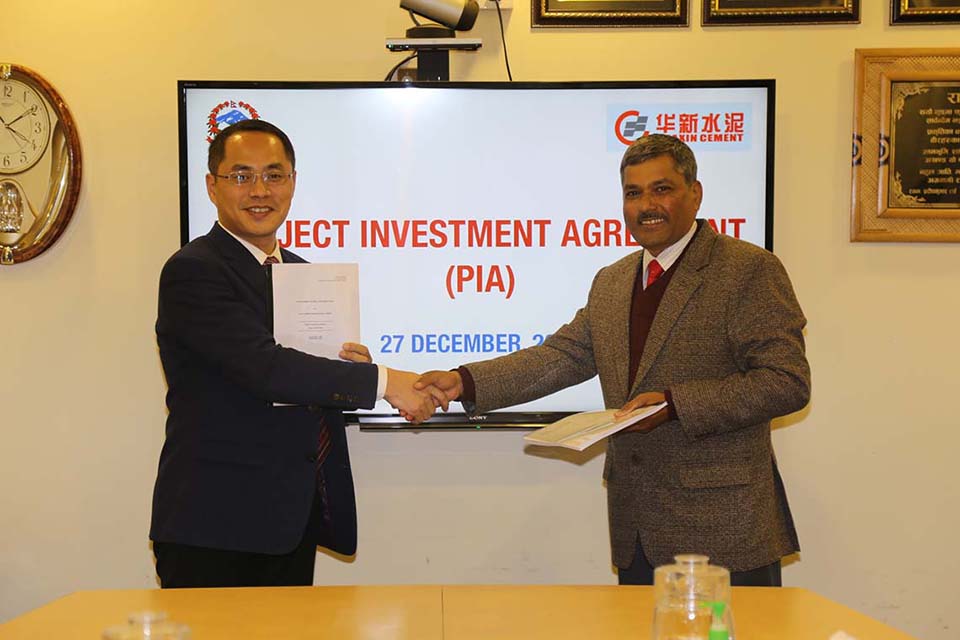 Huaxin Cement Narayani Pvt Ltd, a company set up by Huaxin Cement Company, has already acquired a limestone mine in Panikharka of Dhading. It will produce 3,000 tons of cement daily in the initial phase, according to a statement issued by the IBN on Wednesday.

The agreement, however, will be finalized after the IBN’ board meeting led by the Prime Minister endorses the Project Development Agreement.

IBN’s board meeting held in 2015 had approved investment for the company.

Another Chinese company Hongshi has formed a joint venture with Nepali firm Shivam Cement to start a cement factory in Nepal with an investment of Rs 36 billion. Hongshi Shivam Cement has said that it will start production by April, 2018. It will have daily production capacity of 12,000 tons.

Sudurpaschim Province Assembly meeting postponed to 4PM today
2 minutes ago
One arrested with Rs 900,000 of undisclosed source
4 minutes ago