How to date during MeToo Era 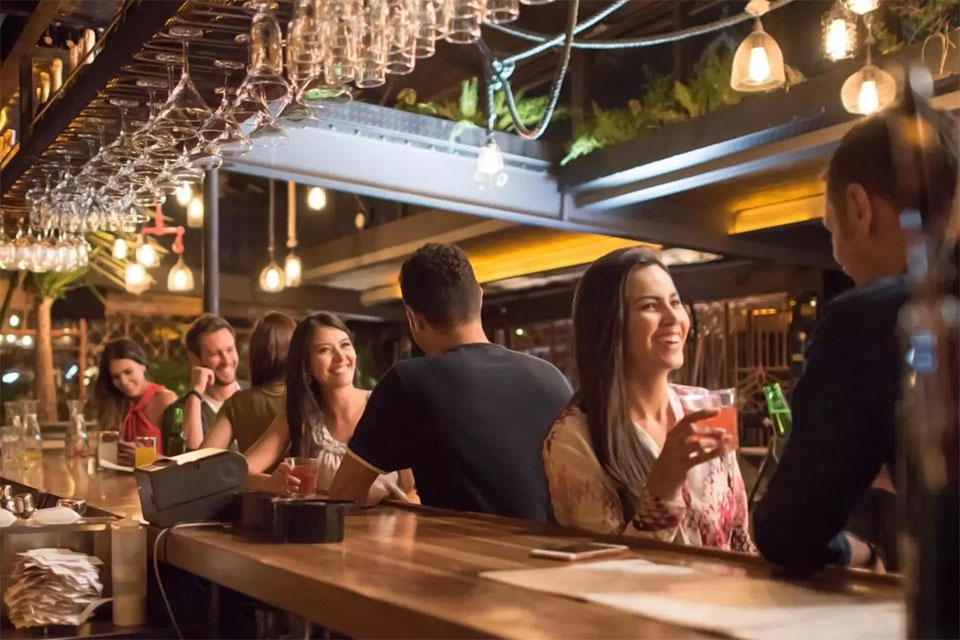 The movement has added an entirely new layer of nuance to dating.

The #MeToo movement has brought a tidal wave of social change, giving a voice to victims of sexual harassment and holding their perpetrators accountable - but where has it left us in terms of dating?

Such a question might seem obtuse, but in today’s ambiguous dating landscape, where a fetishisation of ‘playing it cool’ inhibits honest conversations about what people are and aren’t comfortable with, it’s undoubtedly one we need to be asking.

Obviously one hopes that #MeToo will continue to create a supportive network and deter sexual predators from acting, but has the movement’s stratospheric sociopolitical rise also inadvertently fostered a culture of fear in the dating scene?

Are we less inclined to approach strangers we find attractive? Are workplace relationships now out of the question? Do we need to ask permission before kissing someone for the first time?

Clearly, these are real concerns as a survey carried out by MTV in January, which surveyed 1,800 men and women aged 18 to 25, revealed that nearly one in three men “were worried something [they’ve] done could be perceived as sexual harassment."

“I think the #MeToo campaign, whilst addressing a very important issue, has created fear and paranoia which detracts from the very real cases of abuse which it was initially trying to address,” explains Elaine Howell, HR Manager at PlusHR.

After speaking with HR experts and lawyers who specialise in sexual harassment cases, The Independent has compiled a five-part rulebook to dating in the #MeToo era, with all its complex quirks and subtle shades of nuance.

Acknowledge the clear differences between harassment and flirting

According to Parsons, such behaviour qualifies as harassment under the Equality Act 2010 if it has the effect of violating the dignity of the victim, or creates an intimidating, hostile, degrading, humiliating or offensive environment for the victim at work.

“It is possible for something to still be considered sexual harassment even if the alleged harasser didn't mean for it to be perceived in such a way,” she told The Independent.

“It doesn’t have to be intentionally directed at a specific person, and a victim doesn’t need to have previously objected to someone's behaviour for it to be considered unwanted.”

The difference with flirting, she explains, lies primarily in intent and reciprocation.

“Flirting is about tentatively seeing if someone might be interested in you and being coy and charming,” she said, “rather than actually imposing yourself on that person.

“Sexual harassment is behaviour which is imposed on the victim whether or not it is wanted, and irrespective of them."

A common situation in which the boundaries could seem blurred, says corporate lawyer Karen Holden, is when a man approached a woman in a bar and offers to buy her a drink.

“The woman may feel flattered and accept the offer, something which we would likely label as a simple act of flirting,” she told The Independent.

“However, if the man then suggests that she goes home with him, this may cause the woman to feel uncomfortable and if he pursues this further without respecting any signals she gives off, this could be within the scope of sexual harassment.”

With one in five Brits meeting their life partners at work, office relationships are somewhat inevitable.

However, if it’s something you choose to engage in, Howell advises making your “first move” outside of the workplace so as to avoid blurring the lines between personal and professional life as much as possible.

She adds the relationships between colleagues where one person has seniority over another, or has decision-making responsibilities over their career i.e. a boss, is “inappropriate” and advises changing jobs in such a circumstance, assuming this is a relationship you intend to pursue seriously.

When going on a first date, particularly if it’s with someone you’ve only spoken to online, Parsons suggests telling a friend where you’re going as a safety buffer.

If something happens on the date that makes you feel uncomfortable, don’t be afraid to ask for help. The Metropolitan Police recently launched a campaign in venues across London whereby customers who “Ask for Angela” will alert staff of their predicament by way of codeword. Appropriate action can then be carried out in a discreet manner.

“If someone is moving away from you, then they are probably not interested in closer physical contact with you,” explains Parsons.

Avoiding eye contact could also be a clue that your behaviour is non-reciprocal, though Holden points out that such behaviours are often all too-easily misconstrued as “playing hard to get”.

“However, it is best to assume that such conduct is indicating that he or she is not interested,” she adds. “In this case, it is best not to pursue further or repeatedly behave in the same way, for fear of crossing into the territory of sexual harassment.”

It’s crucial to pick up on verbal cues too, Parsons adds, which might be more obvious.

“If someone is saying either directly or indirectly that they are not happy with certain comments - be they sexual jokes or jibes at their appearance - then you should stop.”

“Treat people equally and respectfully regardless of how they look or what they are wearing,” Parsons adds, “what someone is wearing is not about you and is not an invitation for you to touch them.”

Ultimately, questions surrounding dating codes of conduct in light of #MeToo boil down to respect, Holden concludes, which should form the underlying principles of all interactions between men and women.

Armies will be deployed during local polls : State Minister Baniya

21 killed in road accidents during Dashain in eastern region

ITAHARI, Oct 18: At least 21 were killed and dozens injured in road accidents in the eastern part of the country... Read More...

Govt decisions for COVID-19 prevention and control to be effectively implemented
23 hours ago
99 Nepali workers set out for Israel; labor minister, ambassador reach TIA to see them off
11 minutes ago

Prices of petroleum products hiked
50 minutes ago
Problems of private sector will be addressed at the policy level: FM Sharma
53 minutes ago