How Princess Diana replaced her engagement ring from Prince Charles with this £75,000 gem 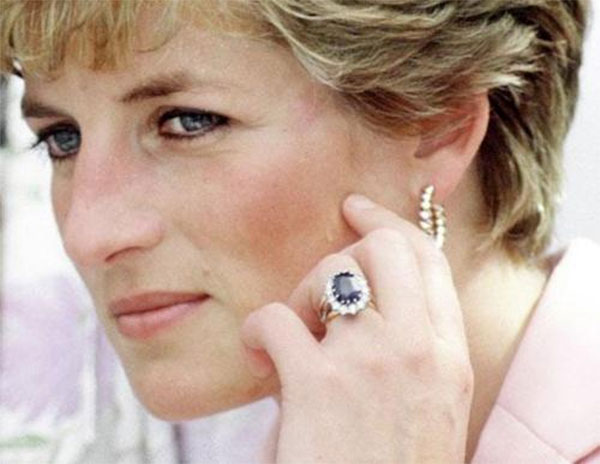 PRINCESS DIANA was most famous during her lifetime for marrying Prince Charles, and her engagement ring from the Prince sparked a range of copycats. Her daughter-in-law Kate Middleton now wears the late royal’s ring. After her divorce Diana took to wearing another ring on her ring finger. An expert revealed to Express.co.uk what the gem was, and what it means.

Princess Diana and Prince Charles, 68, married in 1981, and their engagement and subsequent wedding were watched closely by the British people.

The then Lady Diana Spencer broke with royal protocol by choosing a ring out of a Garrad catalogue.

Most royals have their engagement rings designed so they are bespoke, but this choice meant that any member of the public could have an identical ring to Diana’s.

How much was Princess Diana’s engagement ring worth? It is not Kate Middleton, Prince William’s wife, who wears the ring.

However, after Diana and Prince Charles split in 1996, it no longer seemed appropriate for Diana to wear her ring.

“She always chose diamond jewellery that was meaningful to her – she was very intentional with her jewellery choices and made sure they were the best representation of those meaningful moments.”

Princess Diana celebrated her single life in style with this stunning ring, a gift to herself after her marriage came to an end.

Grant said: “The ring is in an Art Deco style, set with a very large aquamarine of a unique, deep blue colour and rare diamonds on the side.

“The aquamarine looks to be about 30 carats and is a perfect complement to the bracelet she clearly loved.

“While I do not have accurate information on the initial cost of the ring, I estimate the value of such a ring in today’s market would be around £75,000 because of the size, colour, and quality of the center diamond.”

The romantic Diana’s love of diamonds was fitting for this new piece of jewellery.

Grant said: “It's also quite fitting that the late Princess Diana only ever chose to wear diamonds on her ring finger since diamonds are the ultimate representation of love and commitment.”

What happened to Princess Diana’s jewellery after she died?

Princess Diana had many beautiful pieces of jewellery. One of her diamonds was used to make Meghan Markle’s engagement ring.

Prince and Princess International 2017, an international pageant dedicated to children and teenagers, is all set to have a Nepali... Read More...

LONDON, Jan 6:  Letters handwritten by the late Princess Diana, including one describing how her son Prince Harry was "constantly... Read More...