How deadly is new coronavirus? It’s still too early to tell 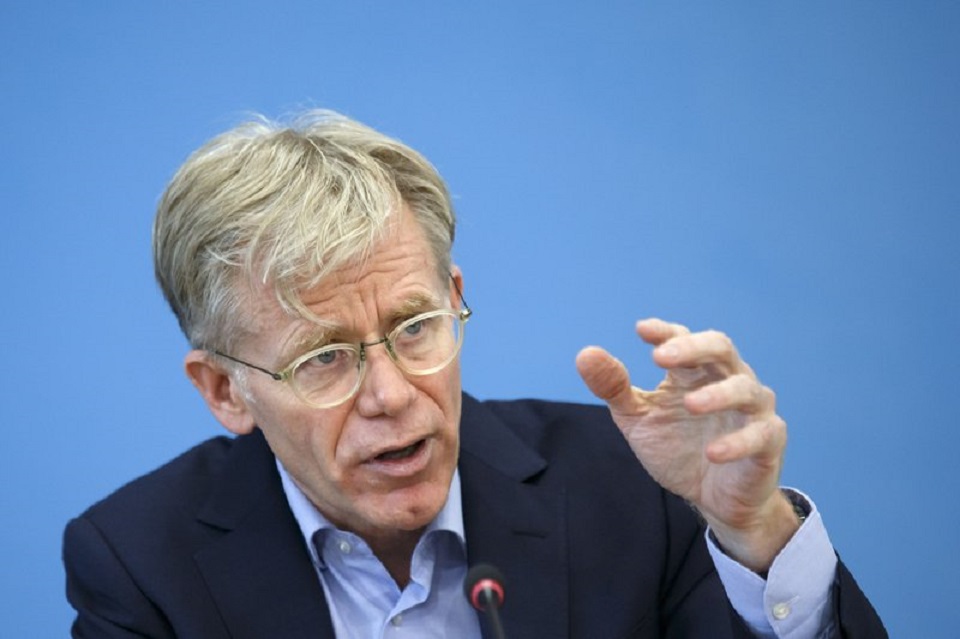 Bruce Aylward, Team Lead WHO-China joint mission on COVID-19, speaks to the media about the COVID-19 after returning from China, during a press conference, at the World Health Organization, WHO, headquarters in Geneva, Switzerland, Tuesday, Feb. 25, 2020. (Salvatore Di Nolfi/Keystone via AP)

WASHINGTON, Feb 26: Scientists can’t tell yet how deadly the new virus that’s spreading around the globe really is — and deepening the mystery, the fatality rate differs even within China.

As infections of the virus that causes COVID-19 surge in other countries, even a low fatality rate can add up to lots of victims, and understanding why one place fares better than another becomes critical to unravel.

“You could have bad outcomes with this initially until you really get the hang of how to manage” it, Dr. Bruce Aylward, the World Health Organization envoy who led a team of scientists just back from China, warned Tuesday.

In the central China city of Wuhan, where the new coronavirus first exploded, 2% to 4% of patients have died, according to WHO. But in the rest of hard-hit China, the death rate was strikingly lower, 0.7%.

There’s nothing different about the virus from one place to another. Instead, the never-before-seen strain of coronavirus struck Wuhan fast — before anyone knew what the illness was — and overwhelmed health facilities. As is usual at the beginning of an outbreak, the first patients were severely ill before they sought care, Aylward said.

By the time people were getting sick in other parts of China, authorities were better able to spot milder cases — meaning there were more known infections for each death counted.

And while there are no specific treatments for COVID-19, earlier supportive care may help, too. China went from about 15 days between onset of symptoms and hospitalization early in the outbreak, to about three days more recently.

Until the past week, most people diagnosed outside of China had become infected while traveling there.

That’s now changing, with clusters of cases in Japan, Italy and Iran, and the death toll outside of China growing.

Aylward cautioned that authorities should be careful of “artificially high” death rates early on: Some of those countries likely are seeing the sickest patients at first and missing milder cases, just like Wuhan did.

A cousin of this new virus caused the far deadlier severe acute respiratory syndrome outbreak in 2003, and about 10% of SARS patients died.

Flu is a different virus family, and some strains are deadlier than others. On average, the death rate from seasonal flu is about 0.1%, said Dr. Anthony Fauci of the U.S. National Institutes of Health.

That’s far lower than what has been calculated so far for COVID-19. But millions of people get the flu every year around the world, leading to an annual death toll in the hundreds of thousands.

Older people, especially those with chronic illnesses such as heart or lung diseases, are more at risk.

Among younger people, deaths are rarer, Aylward said. But some young deaths have made headlines, such as the 34-year-old doctor in China who was reprimanded by communist authorities for sounding an early alarm about the virus only to later succumb to it.

In China, 80% of patients are mildly ill when the virus is detected, compared with 13% who already are severely ill. While the sickest to start with are at highest risk of death, Aylward said, a fraction of the mildly ill do go on to die — for unknown reasons.

On average, however, WHO says people with mild cases recover in about two weeks, while those who are sicker can take anywhere from three to six weeks.

Countries around world gear up response to new coronavirus

BEIJING, Jan 21: Countries in Asia and elsewhere have begun body temperature checks at airports, railway stations and along highways in... Read More...

Lockdown leaves some dairy farmers without fodder
1 day ago

Govt struggling with recovery strategy amid looming uncertainties
2 hours ago

Australia's tour of Bangladesh postponed due to coronavirus
15 hours ago

IN PICS: Rhododendron forest remains silent amid COVID-19 lockdown in Panchthar
16 hours ago