‘How can someone responsible for murdering my husband be elected speaker?’ 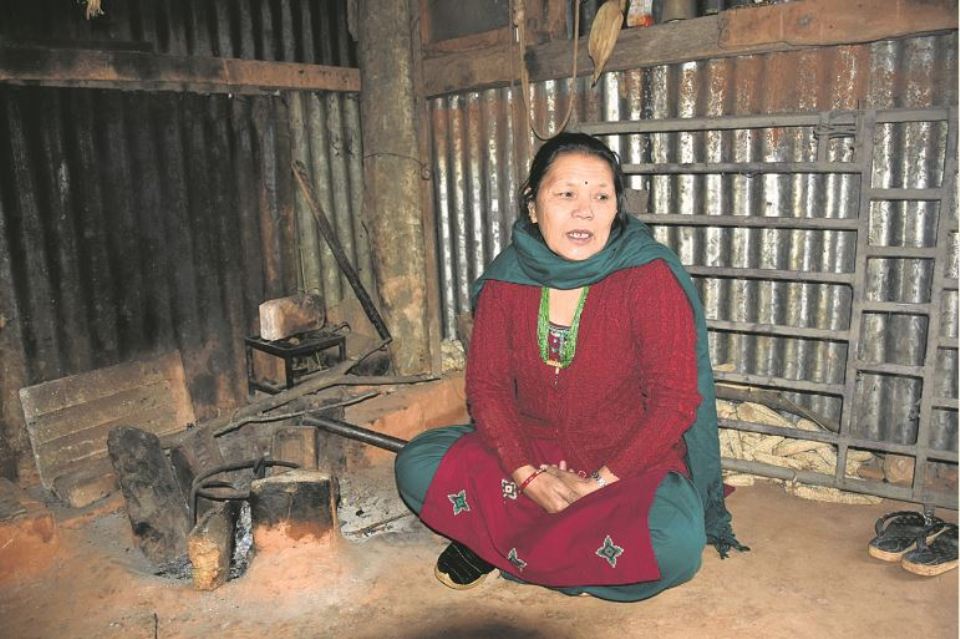 As former Maoist leader Agni Sapkota, who is accused in the insurgency-era murder of Arjun Bahadur Lama of Kavrepalanchowk, is all set to become speaker of the House of Representatives, Purnimaya Tamang, widow of late Lama, spoke to Republica’s Madhusudan Guragain on Tuesday, reacting to the new political development. Excerpt from the conversation:

Maoists took away my husband a decade and a half ago. Since then, my life has been an uphill struggle. Neither could I meet him alive nor was his dead body handed over to me. On April 29, 2005, my husband was attending a function at a local school when Bhola Aryal, Yadav Poudel and Shyam Gautam kidnapped him.

My husband was killed on the order of Agni Sapkota. Suryaman Dong was also involved in the killing.

I tried to file a murder complaint with police against them two months later on July 5, but the district police office did not accept my complaint. I then knocked the door of the Supreme Court. On August 11, 2008, the Kavrepalanchowk District Police Office somehow registered a murder case against them. But they were never arrested. I, several times, asked the police to arrest them, but they always cited political reasons for not doing so. My husband was innocent. So, the murderers must be punished.

Our house in the village was destroyed by the earthquake of 2015. Now there is a small hut, where I live when I go to the village. During my stay there, I miss him a lot. The school, from where he was kidnapped makes me even more emotional. He was associated with the CPN-UML. As he was a contractor, he also got involved in building the house of Niksha Shamsher [who later became an assistant minister in the king’s cabinet]. For two years, my husband lived there. But the Maoists accused him of being associated with the ‘Rastriya Ekata Parishad’ and kidnapped him. My husband had nothing to do with politics, he was a simple hard working man.

I believe that he was not killed right away. I heard that the Maoists made him work for them. Hearing this I tried to get help from several organizations to free him from the Maoist clutches but nobody helped me. Had the organizations shown concern, maybe he could have been saved. I used to send food, shoes, and clothes for him. Later when I saw some Maoists wearing his belongings, like an imported watch and a gold ring I became almost certain that they had already killed him. Then I visited the offices of the International Committee of the Red Cross and the National Human Rights Commission and gave them his clothes to help them find and identify his body, but they did not help me.

I have been living with my son and daughter-in-law in Kathmandu. My three daughters have already been married off. One daughter, who is not married, is working in Portugal.

I once saw Agni Sapkota at the Supreme Court. I wanted to ask him the reason for killing my husband. But the guards prevented me from meeting him.

So many years have passed since he went missing but no politician has visited me. The government provided me a total of Rs 1 million in several installments.

I came to my village this Sunday. The villagers told me that Sapkota is set to become speaker. I could not sleep that night. I felt devastated. How can someone responsible for the murder of my husband be elected speaker? How can they appoint a criminal to such a prestigious position? I want to see him punished.

15 dead, 24 wounded in school shooting in Russia
2 hours ago