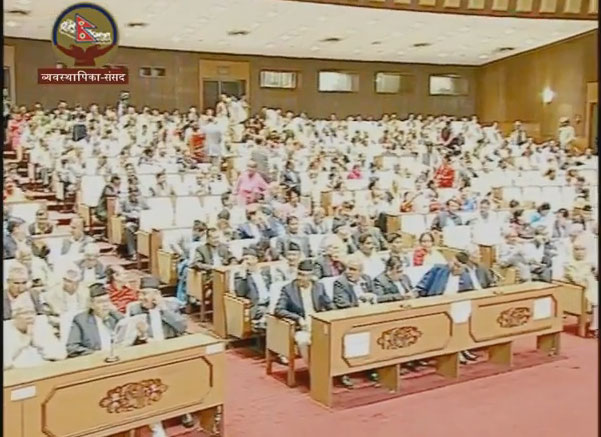 KATHMANDU, August 21: The meeting of the Legislature Parliament held on Monday evening could not endorse the Bill relating to the second amendment to the Constitution of Nepal, 2073.

“The second constitution amendment Bill has been rejected as it could not garner two thirds majority of votes out of 592 lawmakers present in the parliament,” announced Speaker Onsari Gharti from the parliament.

In total of 553 lawmakers were present in today's voting.

Two thirds majority of the lawmakers in the parliament is required to endorse the Bill.

Deliberations took place on the constitution amendment bill at parliament before the voting.

As many as 51 lawmakers had expressed their views on the proposed Bill on Monday while there were 50 amendment proposals registered on the constitution amendment in the parliament.

The next meeting of the House will take place at 1 pm tomorrow.

There is no point in asking for resignation of Working Committee: CAN President Chand
41 minutes ago