KATHMANDU, Jan 27: Hotel operators of Nepal have decided to pay its staffers a minimum amount while the staffers stay home until called upon by their employers.

Five star hotels will pay laborers and staffers Rs 5,000 per month, four star Rs 4,000, three star Rs 3,000, two star Rs 2,500 and one star hotels Rs 2,000. Likewise, tourist standard hotels and resorts will pay their staffers as per their own understanding.

The Hotel Association of Nepal (HAN) on Tuesday signed an agreement with three trade unions to pay staffers a minimum amount as the hotel sector continues to struggle due to the COVID-19 pandemic. With no guests to serve, hotel operators have been complaining that they are on the verge of collapse because of which they have asked their staffers to be present at work on the rotation system.

Stating that the hotel sector has been hit hard by the COVID-19 pandemic, the entrepreneurs have said that they are unable to carry on with the financial load for staffers when there is no earning.

“There are no guests to serve; it has halted our main revenue source,” said Sajan Shakya secretary general at HAN. “There has been no support from the government whatsoever because of which we are forced to take this decision. The staffers will be guaranteed their jobs after the situation improves.”

The decision will remain in effect till December 31, 2021.

Prior to this, hotel operators had been paying basic salary to their staffers. The decision expired on December 31, 2020. “There’s literally no business at the moment and with no guests to serve, hotels don’t require staffers so we have come to this conclusion,” Shakya told Republica.

Hotels will operate with staffers who serve on rotation basis. Those who are called to work will be paid their regular salary. With this decision into effect, hotel staffers are stripped off the benefits like bonuses, visit and other allowances.

As per the agreement, staffers who are not called to work will receive the amount stated by the hotels as per their criteria. Trainees, contract staffers, daily wage workers and outsourced labors will not be asked to work during this period. But they can be called if the hotels see the need for banquet services.

HAN has stated that staffers will be guaranteed their jobs during this period, and the ones who want to voluntarily leave the company can do so. However, staffers who are not called to work will not be eligible for claiming the leave during this period. 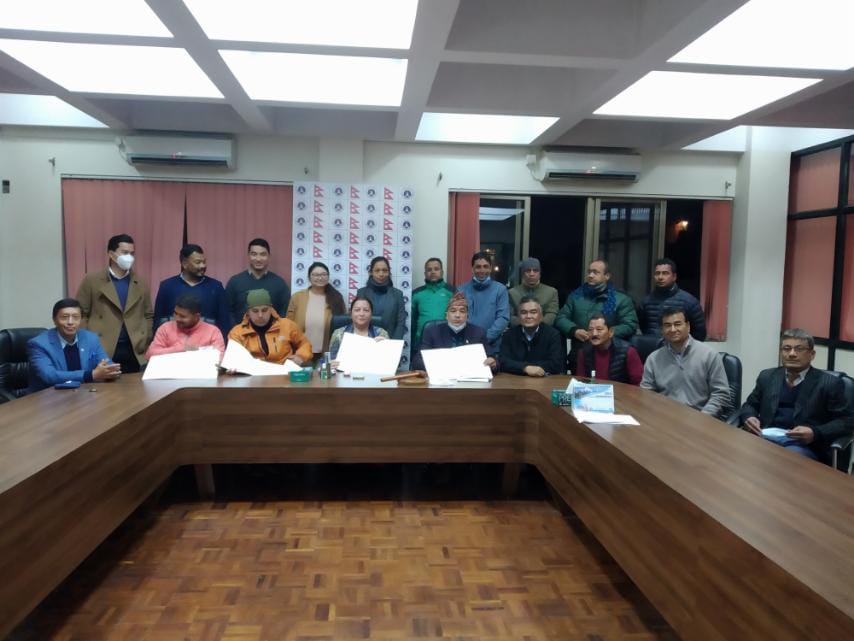 KATHMANDU, Dec 6: Nabil Bank Ltd has felicitated its existing and former staffers amid a function held in Kathmandu. ... Read More...