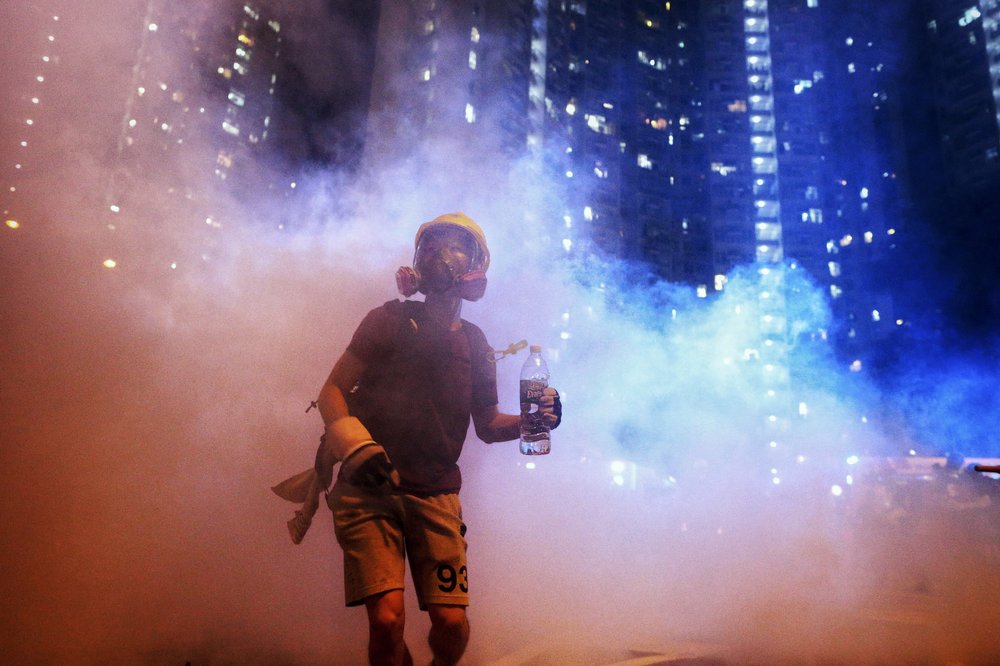 HONG KONG, Aug 4: Hong Kong police said Sunday that they arrested more than 20 people for unlawful assembly, assault and other offenses after confrontations between protesters and authorities continued deep into the night.

Police said some violent protesters hurled petrol bombs, bricks, glass bottles and other objects at officers and refused to disperse at the pre-approved location on Saturday.

A peaceful pro-democracy rally devolved after protesters ignored police appeals to stick to the designated route, instead of splintering off to various locations across Hong Kong’s northern Kowloon area. Some blocked streets and a major tunnel while others surrounded two different police stations, damaging vehicles parked inside one lot.

The demonstrators committed arson at various locations, at one point pushing a burning trash bin toward officers, police said in a Sunday statement. In a different neighborhood, according to police, protesters hurled fireworks and broke windows on residential buildings, threatening residents’ safety.

Residents in one neighborhood, however, banded together with protesters and surrounded a police station, yelling at riot police to leave.

Hong Kong has been rocked by nearly two months of mass demonstrations. They began as protests against a now-suspended extradition bill, but have since ballooned into broader calls for greater democratic rights and government accountability. A central demand of the largely leaderless movement is an independent investigation into alleged police abuse, including tactics used against protesters and the authorities’ response to a mob attack in a commuter rail station that left 44 people injured.

Rallies in two different districts are expected Sunday ahead of a general strike Monday.

A former British colony, Hong Kong was returned to China under the framework of “one country, two systems,” which promises the city certain democratic freedoms not afforded to the mainland. In recent years, Hong Kong residents have accused the Communist Party-ruled central government in Beijing of increasingly encroaching on their liberties. The arrests of Hong Kong booksellers and activists have fed these fears.

Nepal witnesses sharp decline in COVID-19 cases, only 570 new cases recorded in past 24 hours
34 minutes ago
Marriage attendee found with left leg chopped off
4 hours ago