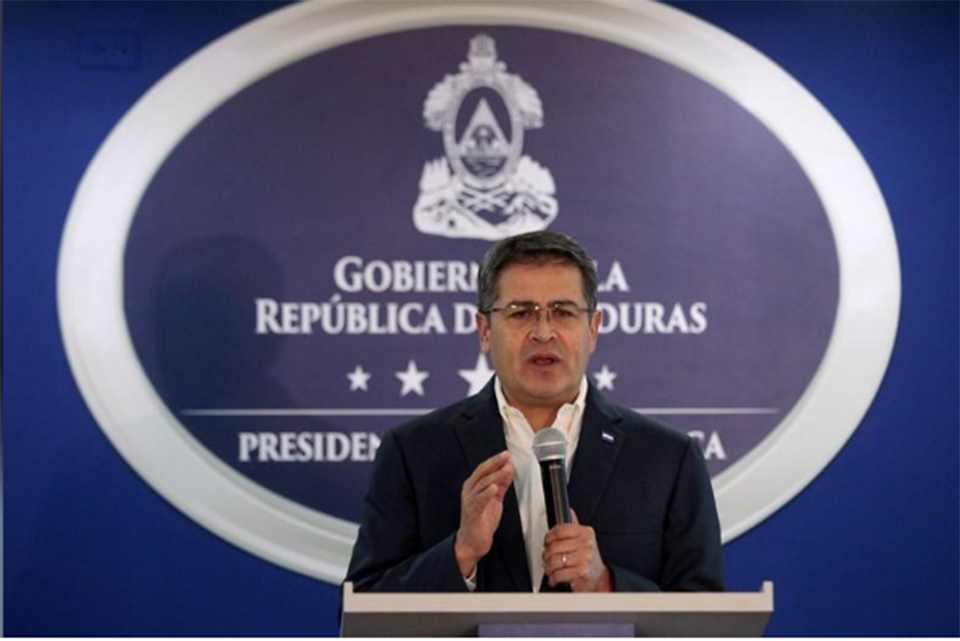 “The drug traffickers are looking for revenge against the only president who’s done what he’s needed to do,” he told a news conference, detailing his efforts to curb illegal drug sales in the small Central American country where drug gangs have prominent strongholds.

Hernandez specifically opposed a report from U.S.-based Spanish language broadcaster Univision in which he said he was described as implicated in a campaign finance conspiracy.

Univision had detailed a 44-page document related to the upcoming drug trafficking trial in New York of Hernandez’s brother, Juan Antonio “Tony” Hernandez, that contained testimony from someone who appeared to be a former official.

“These are false accusations made by a drug trafficker,” Hernandez said, while acknowledging that such a document had been put before a U.S. judge.

The Honduran president, a conservative lawyer who came to power in 2014, has reined in homicides with a tough policy against drug cartels and street gangs that has been supported by the United States and criticized by human rights groups.

Tony Hernandez was arrested in Miami in November. A leader of the Cachiros gang had testified during a 2017 trial in New York that Tony Hernandez had taken a bribe to help launder drug funds.

Several other prominent Hondurans, including government officials, have already been prosecuted in Manhattan for drug-related crimes.