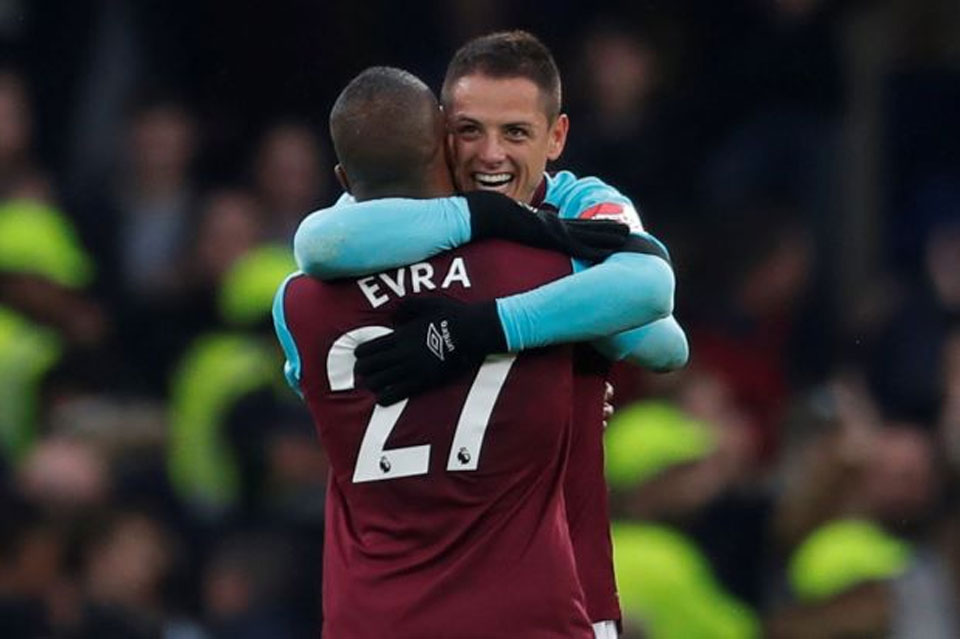 Substitute Javier Hernandez stole an equaliser to earn West Ham United an unlikely point in a 1-1 draw with Chelsea at Stamford Bridge on Sunday.

The home side had dominated the London derby for 73 minutes, leading for almost half that time after Cesar Azpilicueta poked home in following a short corner.

Their Spanish striker Alvaro Morata also had the ball in the net twice but was narrowly offside each time.

West Ham, who had been much improved in beating Southampton 3-0 a week ago, offered little until Hernandez’s intervention soon after coming on.

Chelsea midfielders Willian and Eden Hazard were the game’s most creative forces and were both involved in the few scoring opportunities before their team finally struck.

Hazard linked up cleverly with Willian, the Brazilian bringing a good save from Joe Hart.

From the subsequent corner, however, West Ham switched off and allowed Azpilicueta two bites before he jabbed the ball in.

Willian squandered a good chance early in the second half, shooting wide of the far post, and Chelsea were made to pay when Marko Arnautovic set up Hernandez to score only a few minutes after the Mexican striker had come on.

Hart, keen to restore his reputation as England’s best goalkeeper before the World Cup finals, made fine saves from Marcos Alonso and substitute Olivier Giroud late in the game.

“We did well in the first half apart from the goal which was really poor,” Hart told Sky Sports.

“They are the champions, let’s not forget. They created a lot but we stood strong.”

With six games left, the draw left West Ham in 14th place, only six points short of the target of 40 for survival that their manager David Moyes has set them.

Chelsea’s prospects of catching fourth-placed Tottenham, who are 10 points ahead of them, now look even more remote.

There was an emotional tribute before the game, and after eight minutes of play, to Ray Wilkins, the former Chelsea captain and assistant manager, who died in midweek.