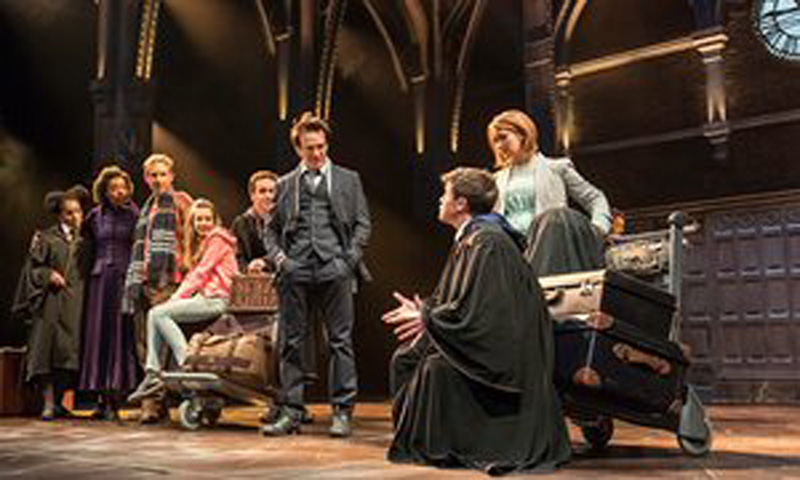 LONDON, March 7: Harry Potter and the Cursed Child has set a record at the UK’s most prestigious theater awards, becoming the most nominated new play in Olivier history.

The two-part play, which imagines Harry, Hermione and Ron as adults waving their children off to Hogwarts, received 11 nominations on Monday including best new play.

The 2017 nominations were announced in central London by two past winners, actors Denise Gough and Matt Henry.

Among the striking highlights are a remarkable 31 nominations for productions by the impresario Sonia Friedman, eight nominations for the musical Groundhog Day, and Andrew Lloyd Webber receiving three nominations for three shows – Sunset Boulevard, Jesus Christ Superstar and School of Rock the Musical.

But it is the domination of Harry Potter, sold out for at least the next year, which stands out. Among the nominations are Jamie Parker for his portrayal of Harry as an adult in the best actor category, a shortlist completed by Ed Harris for Buried Child, Tom Hollander for Travesties and Sir Ian McKellen for No Man’s Land, his 10th Olivier nomination.

Noma Dumezweni is nominated in the best supporting actress category for her portrayal of the adult Hermione Granger. She will be up against Kate O’Flynn for The Glass Menagerie, Clare Foster for Travesties, and all eight actors from the raucous Edinburgh and National Theatre hit, Our Ladies of Perpetual Succour.

Anthony Boyle, who plays Scorpius Malfoy in the Harry Potter play, is nominated for best-supporting actor and will compete against Freddie Fox for Travesties, Brian J Smith for The Glass Menagerie and Rafe Spall for Hedda Gabler.

Director John Tiffany is nominated twice in the best director category, for Harry Potter and for his other major project of 2016, The Glass Menagerie. His rivals for the prize are Matthew Warchus for Groundhog Day at the Old Vic and Simon Stone for Yerma at the Young Vic.

Unsurprisingly, Billie Piper’s powerful performance in Yerma – described by critics as “devastating”, “earth-quaking” and “breathtakingly uninhibited” – won her a nomination in the best actress category. She will be up against Glenda Jackson, who ended her 25-year absence from acting with one of the toughest stage roles, King Lear, and Cherry Jones for The Glass Menagerie and Ruth Wilson for Hedda Gabler.

In the musical categories, it was Groundhog Day, which opens on Broadway this month, which led with eight nominations. Close behind was Jesus Christ Superstar with six and Dreamgirls with five.

The best actress in a musical category sees Glenn Close, for Sunset Boulevard, up against Amber Riley for Dreamgirls, Sheridan Smith for Funny Girl, and the five women who make up the Girls in Gary Barlow’s new Calendar Girls musical, The Girls.

The awards, established in 1976 and taking Laurence Olivier’s name from 1984, also celebrate opera and dance.

After seven books, eight films and one Broadway play, author JK Rowling said she is content with the way the story of... Read More...