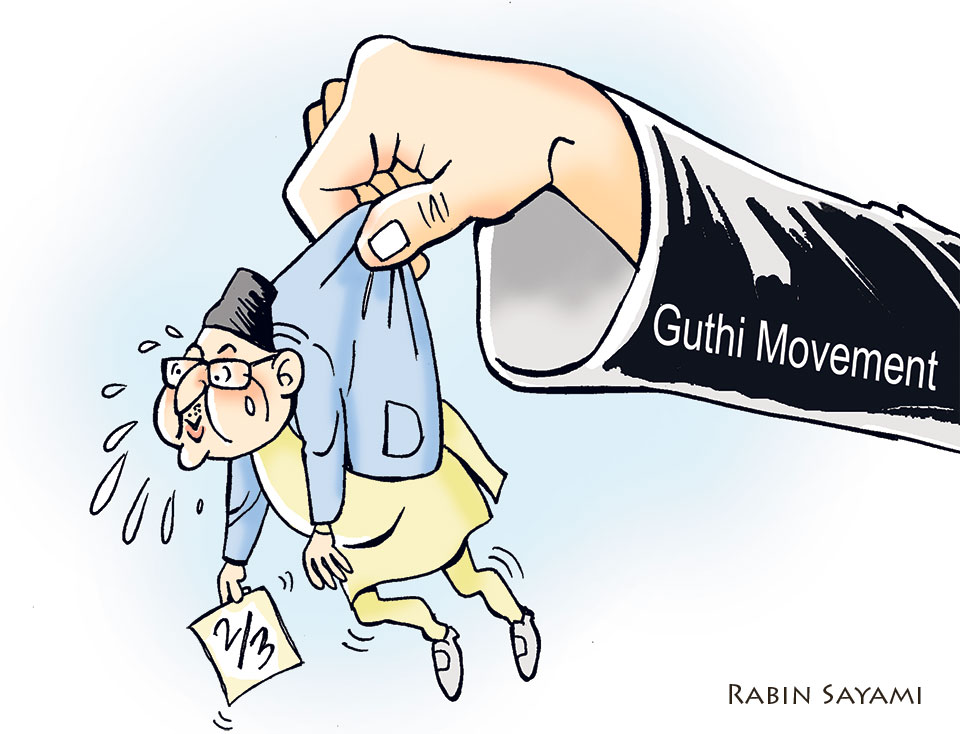 KATHMANDU, June 19: Bowing to mounting pressure from various quarters, including lawmakers from both the ruling and main opposition parties, the government has decided to withdraw the controversial Guthi Bill that was tabled in the National Assembly for deliberations.

Speaking at a hastily organized press conference at Singha Durbar on Tuesday afternoon, Minister for Land Management, Cooperatives and Poverty Alleviation Padma Kumari Aryal said that she has decided to withdraw the bill as there were attempts to spread rumors about the bill among ordinary folks, instigate them and vitiate the political environment in the country. She claimed that the purpose of the bill was to increase the productivity of land owned by Guthis (religious and social trusts) while protecting the rights of those using Guthi property as well as those of the Guthis themselves.

Prime Minister K P Sharma Oli, who could not address parliament on Tuesday due to obstruction by the main opposition party Nepali Congress (NC), organized a separate press conference at his office in Singha Durbar at 5 pm. Prime Minister Oli said the Guthi Bill was introduced to protect culture, religion and centuries-old traditions—exactly the things that culture activists in Kathmandu Valley have accused the government of trying to destroy — and also to protect Guthi property from possible misappropriation.

Speaking at the press conference on the eve of a mass protest being organized by various Guthi organizations in the Valley for Wednesday, Oli also claimed that the proposal in the bill to form a Guthi Authority was not aimed at running the administration of Guthi property. “If there are any issues, do come for discussions. The government is always open to issues that can drive the nation forward,” he said.

Political analysts Bishnu Sapkota argues that the withdrawal of the Guthi Bill puts a dent in the iron image of Prime Minister Oli, whose government commands a near two-thirds majority in parliament. Although almost all the major bills introduced by the government have caused serious controversy and provoked widespread protests, this is the first instance of its withdrawing a bill under pressure from the streets.

At least half a dozen civil society bodies, business groups, as well as government entities, are currently protesting against various others bills the government has introduced.

Sapkota said further that the main reason the government has landed in one controversy after another is its lack of consultations with stakeholders before introducing any new piece of legislation. “This seems to be a case of majoritarian arrogance. Things could have been very different if those in government were able to tap the knowledge and insights that the party leaders possess,” he argued.

Experts say the tendency of the government to think they can use their absolute majority in the legislature to railroad anything through without heeding the concerns of stakeholders has ignited a string of protests in parliament. “This particular incident [Guthi Bill withdrawal] indicates that the iron image that Prime Minister K P Oli has maintained so far no longer exists,” Sapkota further said.

Although the government has now withdrawn the Guthi Bill to apparently mitigate the political backlash, it has failed to impress. Valley locals have decided to go ahead with their protests against the bill planned for Wednesday.

Cultural heritage activist Ganapati Lal Shrestha, who is leading the protests against the controversial bill with its provisions for forming a Guthi Authority that will oversee Guthi property and give away a share of such property to those currently using it, said they will go through with their protest on Wednesday. It will be a warning to the government against bringing any such bill again.

“The statements made by the prime minister and the land management minister are not convincing. They leave us suspicious. We will stage our rally to put the government on notice,” he said.

Thousands of people from Kathmandu, Lalitpur and Bhaktapur are scheduled to converge on Maitighar Mandala after 11 am on Wednesday to say to the government: beware. 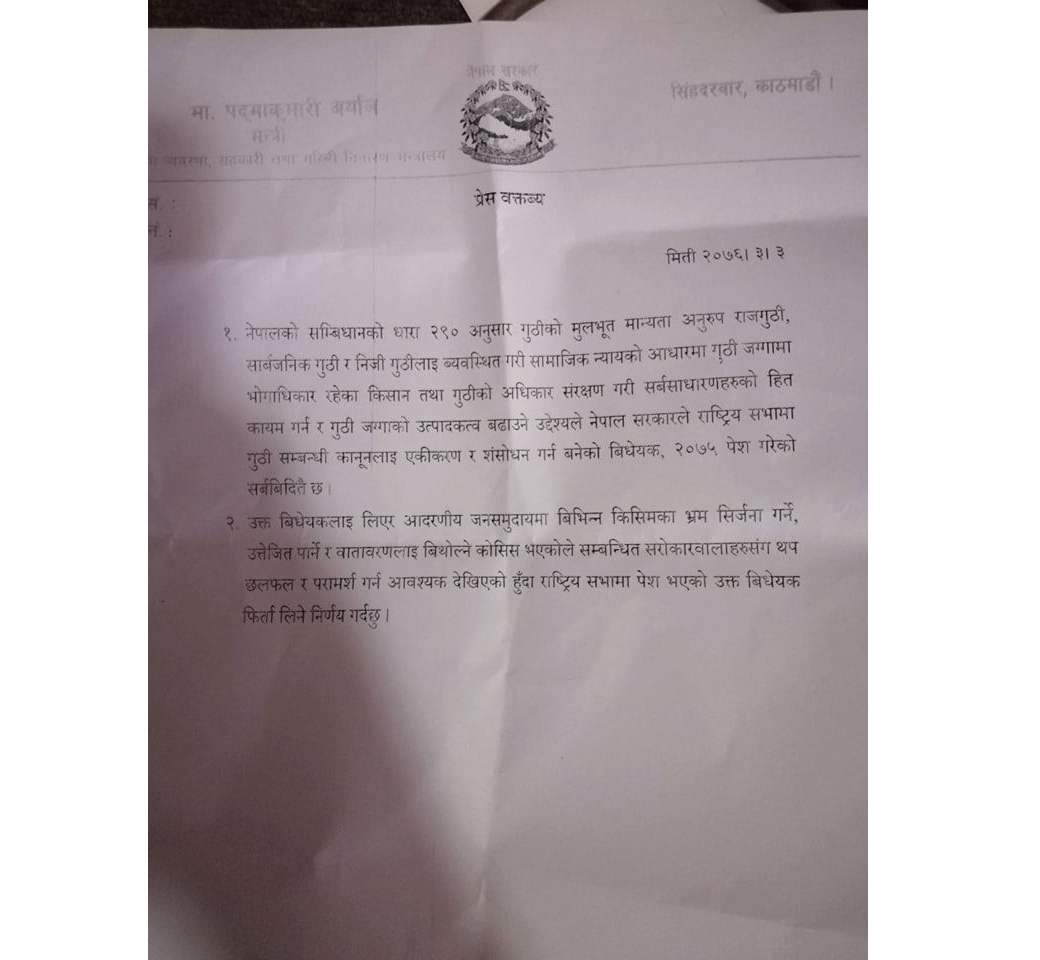