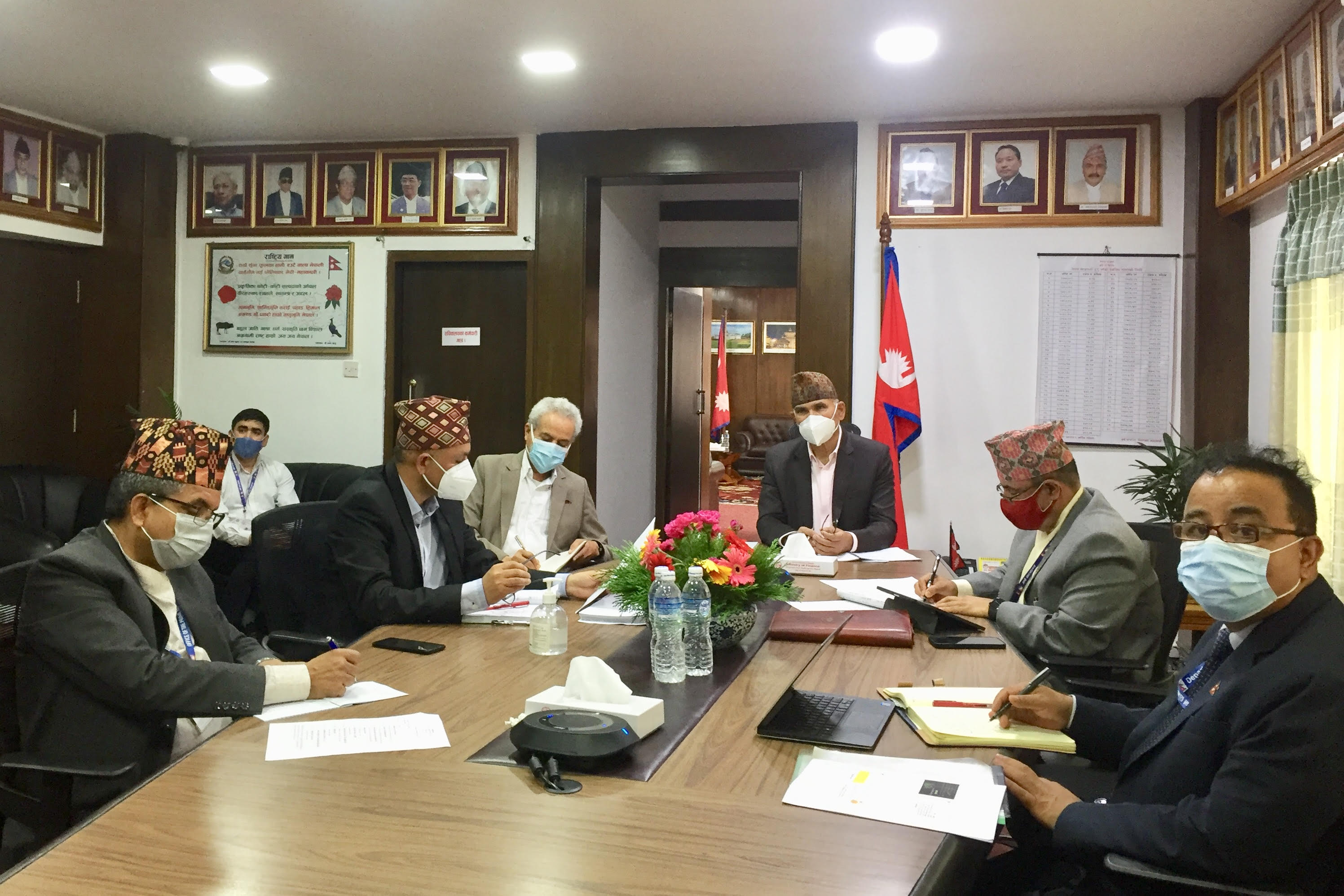 KATHMANDU, June 10: Deputy Prime Minister and Finance Minister Bishnu Prasad Poudel has clarified that the government will not take any decision that will hamper the conservation of Chure region.

He also clarified that the issue of mine excavation mentioned in the budget of the coming fiscal year does not have any intention to carry out excavation from Chure region.

Speaking at a program organized by the Nepal Forum of Environmental Journalists (NEFEJ), Deputy Prime Minister and Finance Minister Poudel said that the Chure region would not be exploited in anyways. He urged all concerned not to engage in politics by linking the issues not related to the Chure region with the Chure.

He said that mining materials would be excavated only from the places identified by the Department of Mines and Geology on the basis of environmental impact assessment (EIA).

While asking people not to neglect the facts and enter into unnecessary arguments regarding the Chure, Minister Poudel said that excavation would take place only in a scientifically suitable place and not in a place that would be unfavorable for the protection of environment and natural resources. He expressed commitment to take strict action against those who exploit natural resources illegally.

Minister Paudel objected to the extraction of minerals, saying that some people were trying to link it with neighboring countries. Stating that the government is fully committed to protect the Chure region, he said that the same will be done for the protection of the Himalayas and the Mahabharat region.

Speaking on the occasion, Krishna Prasad Oli, a member of the National Planning Commission, said that the government has spent more than Rs 1.5 billion every year for the conservation of the Chure to prevent desertification of the Terai and that any decision to excavate sand, pebbles and stones from Chure region should take place in a scientific manner.

Dr Kiran Poudyal, chairman of President Chure Terai-Madhesh Conservation Program, said that the proposal to conduct mining in the Chure area would be stopped.

Finance Secretary Shishir Kumar Dhungana said that mining can be done only in geographically and scientifically feasible places, adding that priority would be given to meet domestic needs first before taking the decision to export them to other countries..

Secretary of the Ministry of Forests and Environment Dr Pem Narayan Kandel said that there were no mines in the Chure areas and it is important to move ahead taking development and conservation hand in hand.

Similarly, Ram Prasad Ghimire, Director General of the Department of Mines and Geology, said that the mines have been identified in such a way that they do not fall in the Chure area.

All budget programs will be implemented: Finance Minister Poudel

KATHMANDU, May 16: Reappointed Minister for Finance, Bishnu Prasad Poudel has said that he will bring next year's budget with... Read More...