KATHMANDU, May 19: The government has warned people living in western Nepal of floods and heavy rainfall as an impact of cyclone Tauktae.

The Department of Hydrology and Meteorology has urged people, especially those living in river banks, in Sudurpaschim, Karnali, Lumbini and Gandaki Provinces in Western Nepal to take necessary precautions till Friday.

“The water level in rivers may rise and cross the danger mark. Those living on the river banks are requested to stay alert and remain safe,” tweeted the DHM.

The severe cyclonic storm, Tauktae, ravaged the west coast of India, particularly Mumbai, and made landfall over Gujarat coast destroying hundreds of human settlements. According to a new reported by Reuters, Cyclone Tauktae, the most powerful storm to batter the west coast in two decades, ripped out power pylons, trees and collapses score of houses killing at least 29 people. 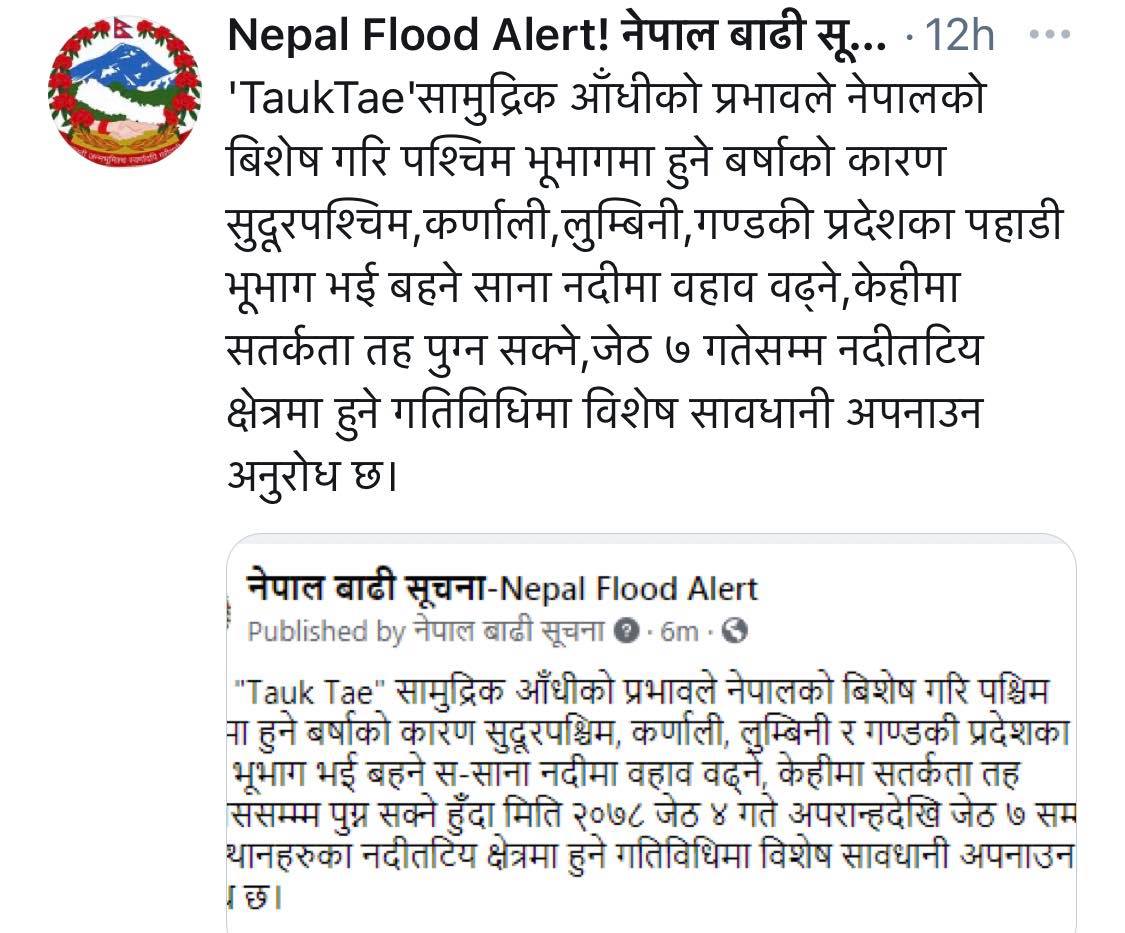 PYUTHAN, July 19: All the seven persons who lost their lives in a tractor accident at Swargadwari Municipality-3 Saturday night... Read More...

BAJHANG, Nov 5: The dead bodies of four construction workers, who were found trapped in an under-construction tunnel of 65-megawatt Kalanga... Read More...