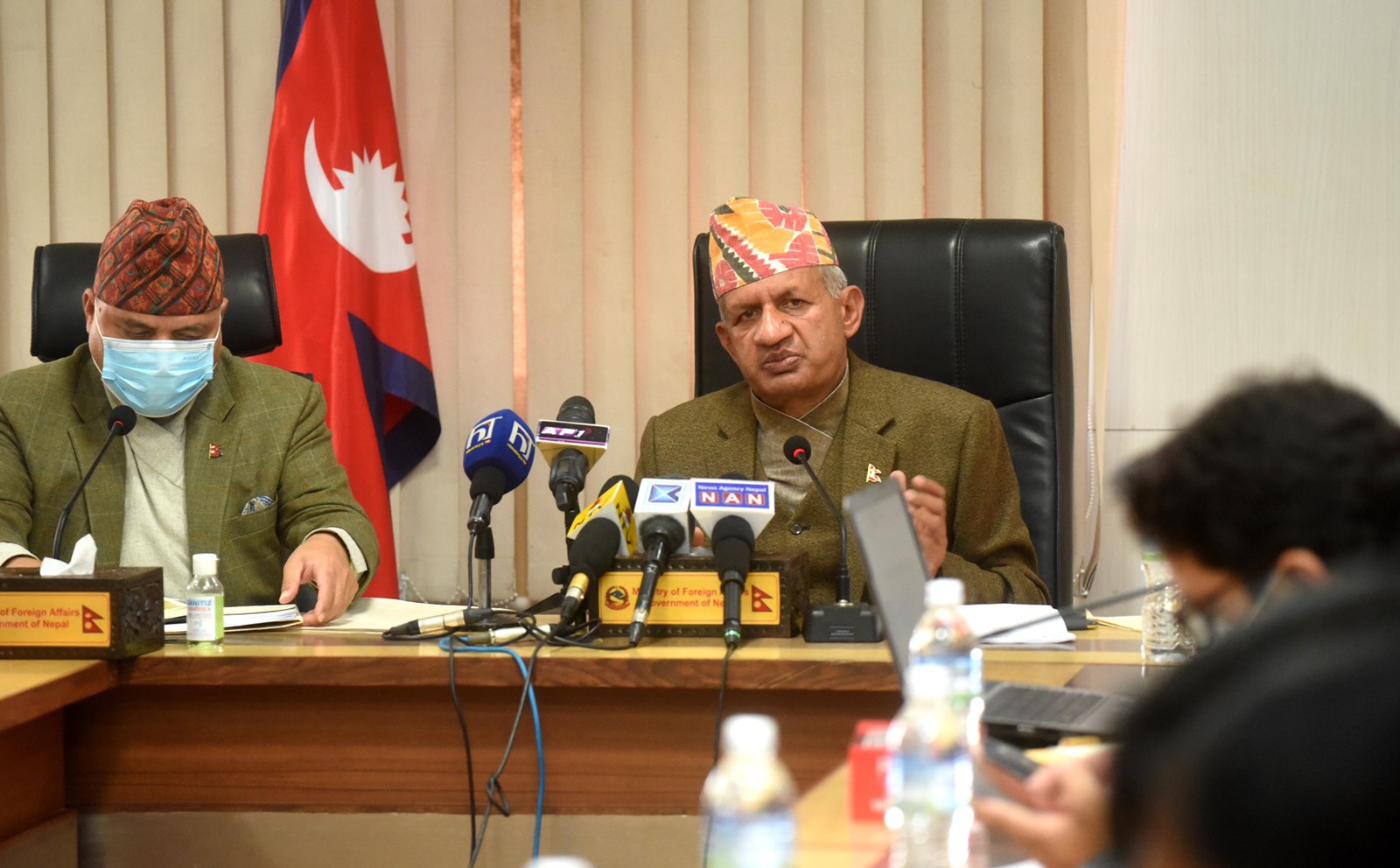 KATHMANDU, Dec 6: The government has made public a new foreign policy document on Sunday.

According to the new foreign policy, the country will conduct its independent and balanced ties with neighboring countries based on the principles of the UN Charter, Panchsheel, and good neighborliness.

Nepal will expand and enhance its ties with neighboring and other friendly countries based on sovereignty equality, mutual respect and benefit, read the policy.

The policy states that Nepal's border will be kept intact by protecting international border points. "Boundary issues will be resolved through peaceful diplomatic means and dialogue based on treaties, agreements, historic documents, evidence and facts," read the foreign policy document.

The policy aims to secure the country's national interests by deepening mutual cooperation with all friendly countries.

The policy also reiterates Nepal's long-standing policy of not allowing its soil to be used against neighboring countries and other countries, while expecting similar cooperation and commitment from them.

"Matters relating to foreign policy conduct were scattered in our national documents. We had a foreign policy. Various task forces were also formed to bring foreign policy documents in different times. But there was not an integrated one like what we have brought now," he said. He also said that non-alignment will remain one of the integral parts of Nepal's foreign policy. "We feel that the Non-aligned Movement is still relevant for small countries like us," he added.

Flood and inundation issues will be discussed during Joint Commission meeting with India: FM Gyawali

KATHMANDU, July 27: Amid calls from lawmakers to raise the issue of floods and inundation in the Tarai diplomatically with... Read More...