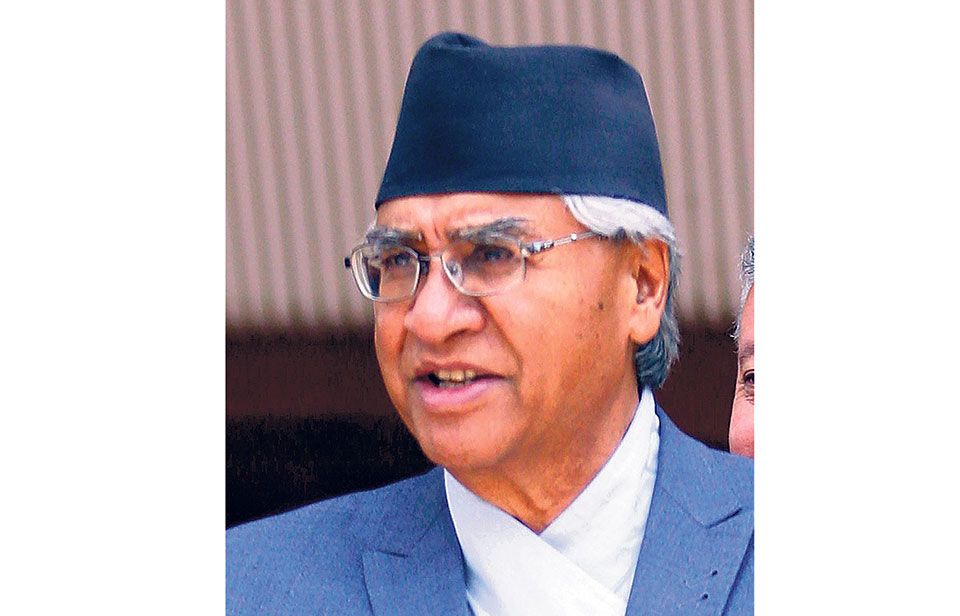 KATHMANDU, May 13: The main opposition party, Nepali Congress (NC), has alleged that the government was trying to stage a coup against the media by drafting draconic laws to curtail press freedom.

Organizing a press conference at the party’s headquarters in Sanepa on Sunday, NC President Sher Bahadur Deuba said several provisions of the Bill to Amend and Integrate Media Council Act registered by the Ministry of Communications and Information Technology at the parliament secretariat are against the preamble of the constitution.

President Deuba said the government attempt to stifle free flow of information and infringe on press freedom is unacceptable to his party. “The government has tried to stage a coup against journalists through the new bills to amend media laws. This is not acceptable to us,” he said, while adding that NC will never tolerate attempts to curtail the freedom of press and expression.

Deuba said that his party was established primarily to safeguard people’s freedom. “Among the five fundamental rights, liberty is one. Any attempt to curtail people’s freedom is simply unacceptable,” he said. “We will launch protests against such attempts both in parliament and across the country.”

Deuba also alleged that the government was trying to keep the National Human Rights Commission and media under its thumb. “NC will thoroughly study the bills and pressure the government into withdrawing them,” he further said.

While appreciating the role played by Nepali media to educate the masses, Deuba argued that it is difficult to institutionalize and strengthen democracy without the presence of a vibrant media environment. “We fought against the Panchayat for media rights and we are ready to fight for this cause again,” Deuba said.

NC also objected to the huge monetary penalties against media or journalists for violating the code of ethics and the government attempts to weaken the role of the Press Council as a body to enforce media ethics.

KATHMANDU, Jan 31: Nepali Congress (NC) has decided to continue obstructing parliament to protest against the government getting the National... Read More...