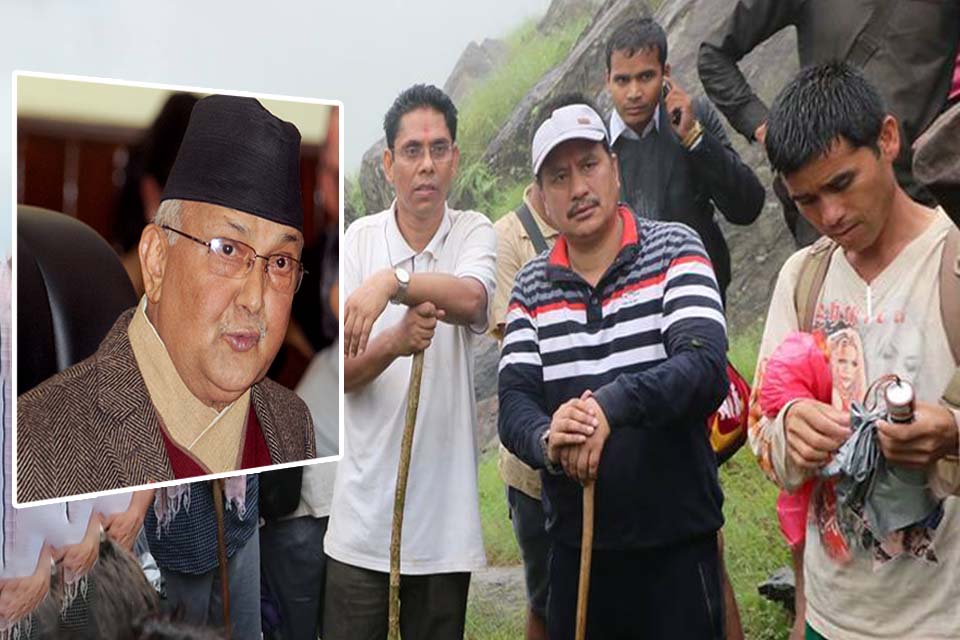 KATHMANDU, March 21: The government has stepped up measures to contain the activities of the outlawed Communist Party of Nepal (CPN) led by Netra Bikram Chanda 'Biplab'—a Maoist splinter group involved lately in various illegal activities including extortion and bombings in various parts of the country.

Nepal Police, the Armed Police Force and the National Investigation Department are working in coordination to arrest cadres of the Maoist splinter group . They are also out to seize the weapons the group is believed to have possessed since the time of the Maoist armed insurgency, senior police officials said.

Since the government decided on March 12 to ban all activities of the Chanda group and treat the group as a criminal outfit, police have arrested at least 21 of its central and district-level leaders including those arrested Tuesday . The government move came amid intelligence reports that the group was planning to start an insurgency, bringing together former Maoist combatants and disgruntled elements.

Nepal Police Spokesperson Senior Superintendent of Police Uttam Raj Subedi said the latest arrests were in connection with the bomb explosions carried out in various parts of Kathmandu Valley. “We have stepped up patrolling and intelligence gathering in the districts where the group has been carrying out its illegal activities. Our focus now is to book those involved in such activities,” said SSP Subedi.

On Tuesday, the Metropolitan Police Crime Division (MPCD) in Kathmandu arrested four district level leaders of the group in connection with the explosions in the Valley. One person was killed and two others injured when the group detonated a powerful bomb near the NCell office . They were also behind explosions in other parts of the Valley, including at the residence of Nepal Association of Foreign Employment Agencies (NAFE) Chairman Rohan Gurung.

A team from MPCD Kathmandu arrested two commanders of the group – Shiva Dhimal, 33, of Jhapa and Bishal Tamang, 33, of Sindhupalchowk – from the Kaphaldanda area of Roshi Rural Municipality, Kavre district. The team returned fire when cadres of the group opened fire while trying to flee after an encounter , according to SP Somendra Singh Rathour.

The MPCD team had reached Kavre following a tip-off that senior leaders of the outlawed group including Hemanta Prakash Oli were in hiding in that area. Although police managed to arrest two of the cadres, sources said the senior leaders at the scene managed to flee .

Separately, two other cadres of the Chanda group-- Num Bahadur BK, 30, of Dang and Dikendra Rai, 31, of Bhojpur—were arrested on Tuesday morning in connection with the bombing of the NCell office and various other locations in the Valley . According to police, BK is a close aide of senior leader Hemanta Prakash Oli 'Sudarshan'.

While both Nepal Police and the Armed Police Force have placed all their units on high alert, security has been additionally beefed up in districts where the Chanda-led group is believed to have expanded its influence. These districts include Kavrepalanchwok, Sindhuli, Sankhuwasabha, Khotang, Kapilbastu, Nawalparasi, Rupandehi, Rolpa, Rukum, eastern Rukum and Kalikot as well as the three Valley districts.

APF Spokesperson DIG Suraj Kumar Shrestha said they are working in coordination with Nepal Police to contain the activities of the Chanda-led group.

Officials said the government decision to ban the activities of the group has made it easier to clamp down on it. “Earlier, there was confusion whether to treat the group as a political or a criminal entity. It was carrying our peaceful political activities as well as involving itself in various criminal activities,” said a senior police official. “Now we can treat them as an organized criminal outfit.”

The Chanda-led group had repeatedly snubbed government offers to hold talks to meet their demands. They declined any dialogue with the High-Level Political Dialogue Committee formed by the Oli government to bring various disgruntled groups into mainstream politics through negotiations.

Senior security officials had urged the government to ban all the activities of Chanda and his group after it emerged from the diaries of Khadga Bahadur Biswakarma—second in command of the group—that they planned to target top leaders of major political parties and launch a fresh armed struggle in the country.

It is estimated that the Chanda-led group already possesses over 500 automatic and semi-automatic weapons which the then Maoist leaders had kept for their own security or spirited away from the cantonments, taking advantage of delays in the management of arms and armies because of differences between mainstream political parties and the Maoists. The group is also believed to have raised several million rupees through extortion since the past few years.

KMC dozer rolls on police station in Maitidevi
5 hours ago