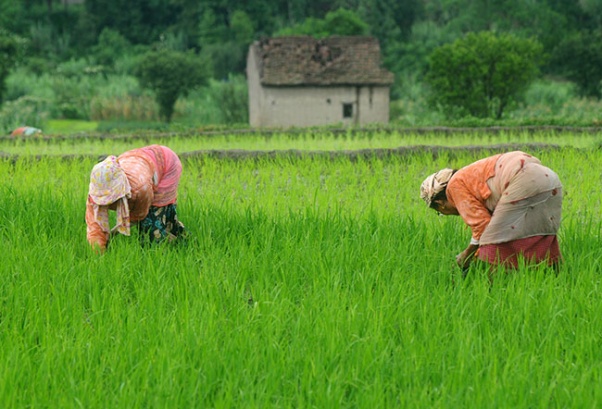 KATHMANDU, Nov 10: The government is likely to implement the 'Youth in Agriculture' program from December.

The Rs 500 million program will start in 25 districts across seven provinces of the country with an aim of attracting the youth to agriculture and retaining them in the country.

“The working procedure and the project have been approved,” said Pradip Bhattarai, joint spokesperson at the Ministry of Agriculture and Livestock Development (MoALD). “The program will be implemented as soon as the procedures for the project are completed.”

Sabnam Siwakoti, joint secretary at the ministry, said that the program designed to benefit 500 youths will be implemented in the current fiscal year. “We have sent the documents to the Ministry of Finance for approval,” she told Republica, “It will take up to two days for it to be approved by the Ministry of Finance.”

According to the ministry, the applicants can submit applications at the offices of Prime Minister Agriculture Modernization Project situated in each district of the country. “They can also submit the applications online,” added Siwakoti. The government is working on the online system, and the initiation of the program also depends on how fast the system can be developed. The beneficiary can get up to Rs 2 million as subsidy as per the Agriculture Business Promotion Grant Procedure 2018.

A Nepali citizen between the age of 18 to 45 can apply for the program. According to the ministry, the beneficiary needs to own land or if one has joint ownership, agreement from the other owner is needed.

The applicant needs to present a document that defines a capability of bearing 50% of the total investment. They will not be eligible if they have participated in similar programs with Rs 300,000 or more subsidies from the government, so the applicant should present a self declaration letter along with other necessary documents.

The beneficiaries will be shortlisted in two phases after evaluation according to their eligibility. More than 50% applicants will be shortlisted for field monitoring after which a final list will be published. “The program will be implemented by the Department of Agriculture and the Department of Livestock Services,” said Siwakoti, “Each department will have 250 participants to look after.” The program will support infrastructure, machinery tools, seeds improved breed of buffaloes, ox and he-goats.

According to the program operation process, the beneficiary should continue the project for three years after the completion of the program. If the project sees discontinuation, the government will recover the grant amount from the beneficiary. However, the rule will not be implied if the businesses are damaged by natural disaster.

KATHMANDU, June 20: The government has decided to ban the non-governmental organizations to conduct any kind of programs at the... Read More...

KATHMANDU, May 4: The government’s policy and program unveiled ahead of the annual budget is supposed to give a clear... Read More...