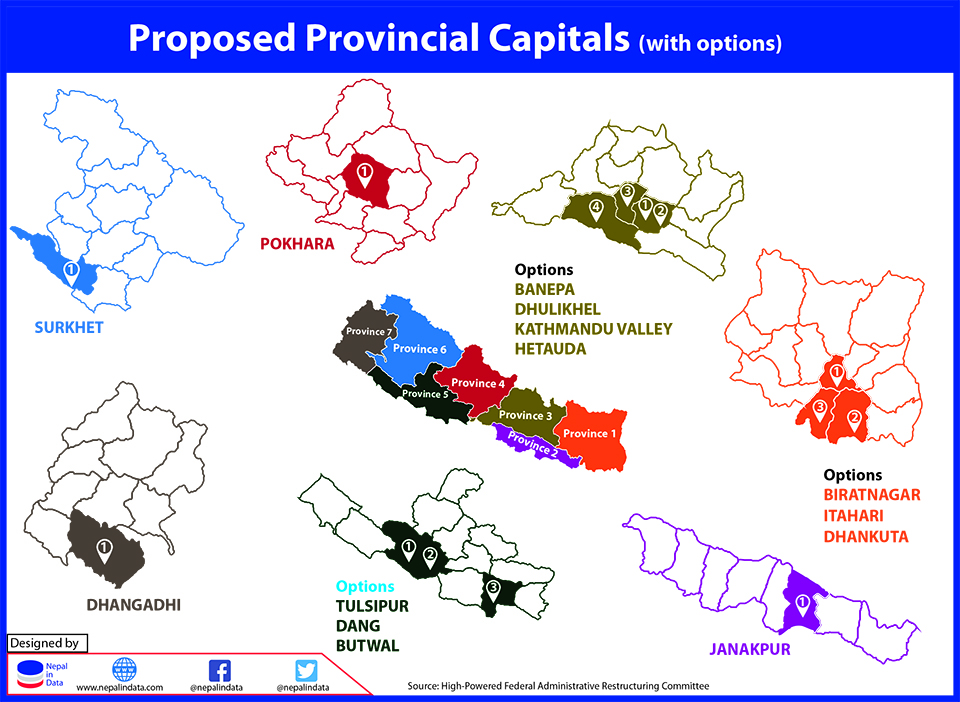 Janakpur, Pokhara and Surket have been recommended as possible provincial capitals for Province 2, 4 and 6 respectively, while two or more options have been suggested for the  capitals of the other provinces. Biratnagar, Itahari and Dhankuta have been recommended as choices  for the provincial capital of Province 1, Banepa, Dhulikhel, Kathmandu Valley and Hetauda  for the capital of Province 3, Tulsipur, Dang and Butwal for 5, and Dhangadhi and Dipayal for 7.

The committee has also recommended to  the government to appoint  non-political figures as  governors of the provinces.

The committee has recommended five criteria for an individual to be eligible for the post of governor. As per the recommendations, an individual with a clean image and renown  who is  experienced in constitutional, legal and administrative matters and has made a contribution to  society can be suitable for the post.

Likewise, the candidate should be above 35 years of age, not be a permanent resident of the province in question,and should have the qualifications needed for a member of the federal parliament.

KATHMANDU, Jan 5: Leaders of the left alliance have given their green signal to Prime Minister Sher Bahadur Deuba to fix... Read More...