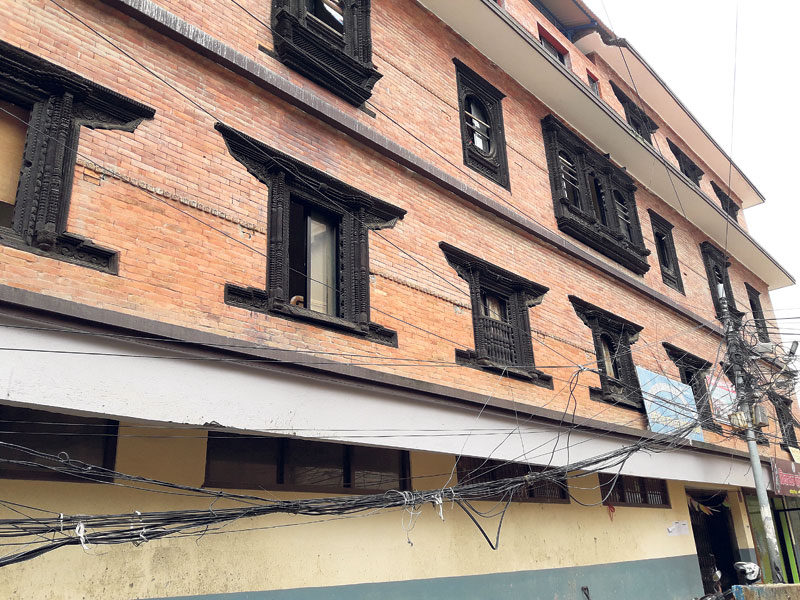 LALITPUR, Sept 6: A 13 year old girl with gleaming eyes and cheerful face does not have any interest in studying any private school at a time when middle and upper class people are bluntly interested in enrolling their wards in the expensive private schools.

“Why should I go to a private school if teaching -learning process is pretty good in my school,” said Jyoti Bayalkoti from Sigati of Dolakha district, a day travel away, east from the capital city of Nepal.  In tune with 5th Grader Jyoti, 9th Grader Damu Sherpa from Solukhumbu who plans to be a chef and 10th Grader Sujan Koirala from Dolakha who wants to be a scientist said their school is not less than private schools in every aspect.

Jyoti used to study in a public school of her village at Class 2. Fifth among the eight children, weak financial status forced her parents, who involve in farming and constructing houses as laborer, sent her to Kathmandu to work as a domestic help.

Her landlords, Nirmala and Rameshwor Shrestha of Jaisidewal of Kathmandu, tried to admit Jyoti in a private school but she failed in the entrance test. Then she was enrolled in the UKg Class at Pragati Shikshya Sadan Higher Secondary School at Kupondole of Lalitpur.  The school was established 66 years ago in the year of establishment of democracy in Nepal.

Jyoti's surname has been registered as Khadka in the school. During her enrollment eight years ago, one of her relatives made the school register her surname as Khadka. “I have asked the school administration to correct my surname,” she said.

[Jyoti Bayalkoti, a fifth grader at the school.]

Jyoti is outstanding student in the school. She always stands second or third in her class consisting of about 45 students. She dreams to be nurse in her life and serve people in her village of birthplace. “I am desperate to heal the wounds of people as I see me in everyone there,” she was determined.

Jyoti is a girl of passion with traits of honesty, hardworking and attitude of positive thinking, said the school teachers Munna Singh and Dilip Acharya. There are 519 students in the school. Among them, the number of domestic helps represents about 40 percent. The wards of local community are hardly one per cent of the total students.

The situation of government schools is not more different from other public schools where the kids of ordinary and low class families study.

Some of the government schools have performed well by maintaining proper management. Among them, Pragati Shikshya Sadan Higher Secondary School at Kupondole of Lalitpur is one of the best examples of public schools. The school has obtained almost hundred per cent results in the School Leaving Certificate examinations for last 13 years. “We achieved 100 per cent results except a couple of years when we got more than 90 percent results during this period,” said Surya Prasad Ghimire, principal of the school.

There are more than 29,000 community schools across the nation while the number of private schools amounts to some 5,000 in the country.

Public schools constitute of 80 per cent while private schools are only about 20 percent of total schools. However, the results of the School Leaving Certificate examinations in public and private schools make up vice versa ratio.

The school with outstanding performance has adopted the full English medium method of teaching learning-process since 2006. It started higher secondary stream in Management and Humanities seven years ago. The school, which has 38 teaching and four non-teaching staff, provides scholarships to the 40-50 students.

Making such an exemplary example became possible because of the initiative taken by Principal Ghimire, who served the school for 31 years. He stays at the school from 6AM to 4PM each day. Moreover, Ghimire comes to school on every day of holidays. He has handled the post of principal for more than a decade. “We could do in improving the quality of education only because of team work and support from the local community and school management committee,” he said. “We focus on the management and system to promote the quality. Educationist Kedar Bhakta Mathema and administrator Mahashram Sharma are advising us to do better.”

Former governor and secretary Dipendra Purush Dhakal, expert Suresh Raj Sharma, tourism veteran Basanta Raj Mishra, Banmali Dhungel, Birendra Raj Sharma and Kamal Bastola among others were the ex-students of the school.  “They have been rigorously supporting us in many ways,” said Ghimire.

However, the school has been facing problem of buildings. Among three school buildings, 2015 earthquake devastated two old buildings. “Now we are struggling to construct the buildings,” said the school authority.

The politicization in the education sector has worsened the situation for deteriorating quality in public schools. The government has assured free school education. “We calculated that Rs 23,000 including teachers' salary, government grants and support from guardians is invested in each of our students. This is not possible if we are dedicated to ensure quality, said Ghimire. “On the other hand, the government distributes textbooks at free of cost to students of public schools of Nepali medium. But our students have to buy the books though they are published by the government.”

A communibty school becoming an example in rural Baglung