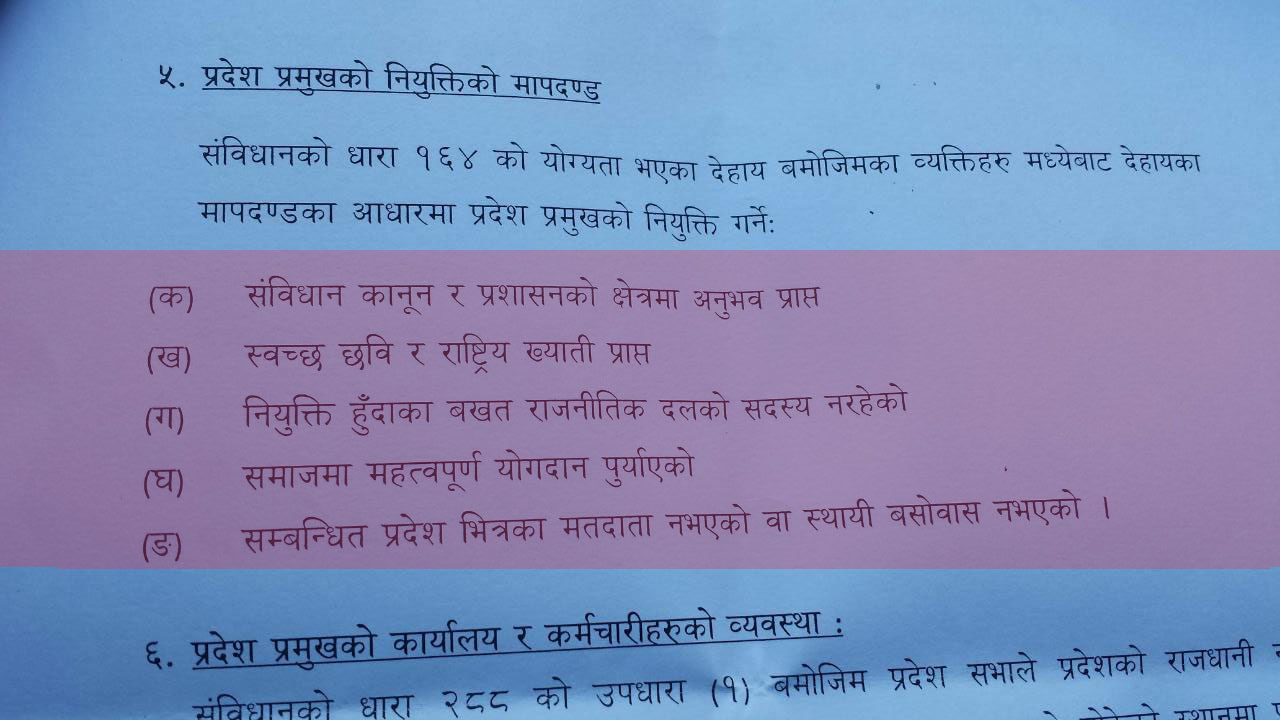 KATHMANDU, Sept 23: Government has been recommended apolitical figure to be appointed as Governor of provinces.

The High-Level Federalism Implementation and Restructuring Directive Committee has recommended the government to appoint the non-political person in the highest post of the province.

The committee has recommended five criterion for an individual to be eligible for the post. As per the recommendation, an individual with clean image and well renowned in society and experienced in constitutional, legal and administrative sectors with contribution in the society can be suitable for the post.

Likewise, the candidate should not be permanent resident of the related province, should be above 35 years and is qualified to be member of federal parliament.

According to the article 163 of the Constitution of Nepal 2015, the Governor represents the central government in each province and the role of the Governor will be similar to the President in the central.

The Governor will be responsible to administer oath to chief minister and minister of the province, to call and end sessions of provincial assembly, to approve the provincial bills and provincial ordinances among others.

Though the government has announced to hold elections of provincial and federal government on November 26 and December 7, the appointment of Governors is yet to be made. The recommendation has been registered in the Office of Prime Minister and Council of Ministers on Monday but the cabinet meeting failed to make any decision regarding the issue.

KATHMANDU, Jan 2: The government has made preparation to appoint Provincial Chiefs and declare the date for National Assembly election in... Read More...