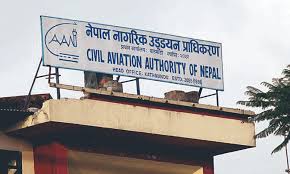 KATHMANDU, Feb 25: The government has proposed the unbundling of Civil Aviation Authority of Nepal (CAAN) with Nepal Air Service Authority Bill, 2076 tabled in the federal parliament.

The federal assembly prepared the act to make air service safe, standard, effective and reliable stating that the establishment of Air Service Authority of Nepal was mandatory to construct airport with facilities, upgrade and operate airport and air navigation service as per the international criteria.

According to the bill, the authority will construct, upgrade, operate and manage airports. The authority will be responsible for providing ground handling service, determining visual and instrument flight rules, prepare and implement aeronautical charters, approve flight schedule and permit the operation of flights, prepare the criteria related to helipad and implement working procedure.

Despite the opposition from CAAN employees to split the organization stating that they were against privatization of CAAN, the Ministry of Culture, Tourism and Civil Aviation (MoCTCA) had decided to split CAAN into regulation and operational bodies in the hope of Nepal's removal from the aviation safety list of the European Union.

The split is a part of the government's effort to make the regulatory body more effective as per the international aviation principles. It is hopeful that the split will prompt the European Union (EU) to remove Nepal from its air safety list, paving way for Nepali airlines to fly in the European sky.

The EU had banned all Nepal-based airlines from flying in the European space in 2013 stating that Nepal ignored the precautionary measures aimed at reducing aviation-related disasters. Upon Nepal's request to remove the country from the blacklist, EU officials had insisted that Nepal unbundle the civil aviation regulatory and operating body.

CAAN officials state that EU's safety concern deals with organizational issue and accidents occurred in small aircraft and the probability of blacklist removal will intensify following the split.

According to the Aviation Safety Report 2019, CAAN has achieved significant progress in the improvement in its safety oversight capability. Effective Implementation (EI) of ICAO safety standards and guidance has also been raised above the Global Aviation Safety Plan (GASP) benchmark to 60%. CAAN's EI was 43%, 55% and 66.76% in 2009, 2013 and 2017, respectively.

The government is preparing two laws to address the concern that the aviation regulatory body and airport operating body should not be the same. CAAN is currently performing both roles.

After the unbundling takes place, CAAN will issue license to airlines, or scrap the license, monitor the aviation sector and take action against operators violating the rules. Similarly, the newly formed authority will be responsible for providing air navigation service in the aviation sector of Nepal.

POKHARA, Nov 30: The mechanical test (calibration flight) has been completed at the Pokhara Regional International Airport (PRIA), which is... Read More...

KATHMANDU, June 30: The Civil Aviation Authority of Nepal (CAAN) has published a list ofinternational flights to be conducted in... Read More...