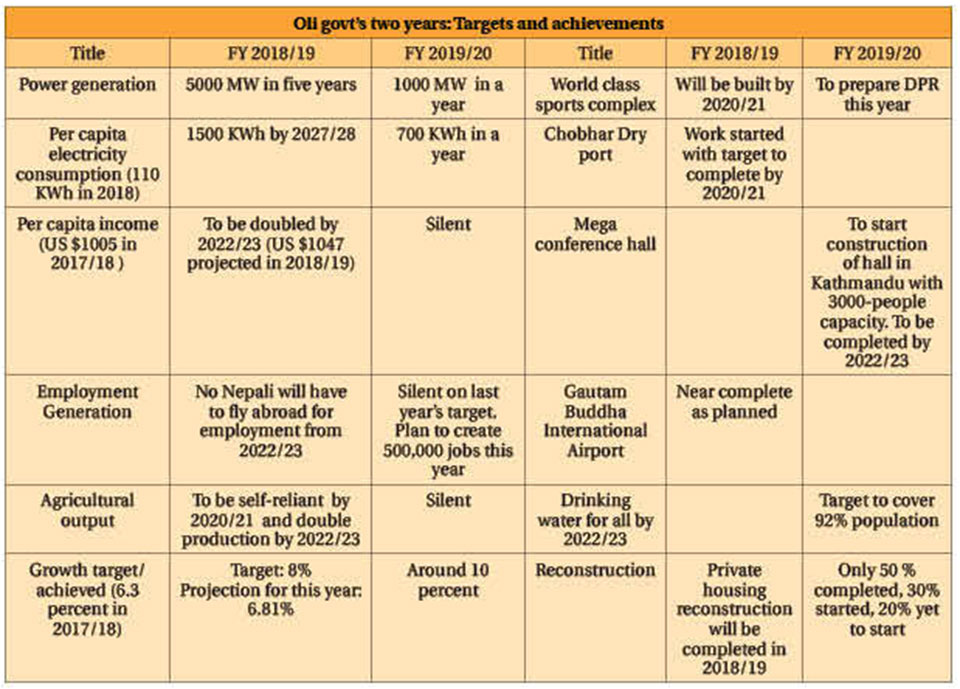 KATHMANDU, May 4: The government targeted 8 percent economic growth but the projection is somewhere below 7 percent, largely driven by agriculture . Similar will be the fate of the next fiscal year starting mid-July as the growth target announced is even higher.

This means the government has to achieve about 10 percent economic growth but the policy and programs have not spelled out any specific actions it will embraces to achieve such robust growth.

Economists say the government has shown disrespected for the people by repeatedly targeting high growth but achieving far below target.

Growth, which is largely dependent on agriculture, is projected at 6.81 percent in the current fiscal year. Growth has been near or above 7 percent continuously for the third year and it's largely based on agricultural output. The stable government came up with high-sounding announcements of economic development, stating that spending on infrastructure projects was its priority. But it does not show anything like that in practice.

Less than two and half months remain in the fiscal year but less than 40 percent of the development budget has been spent.

“The growth [projected] cannot be believed in any way because the government is not serious in spending for development projects while private investment, another driving factor for possible growth, is not possible in any big way,” said Keshav Acharya, an economist. “The government is slowly losing its credibility.”

Except for Gautam Buddha International Airport, the Mid-Hills Highway, Pokhara Intentional Airport and a few electricity projects, no progress has been seen. The economic structure, which is dominated by trade and services instead of manufacturing, remains the same even though there was high growth for the third straight year. And it is manufacturing that could have generated more employment.

In last year's policy and programs, the government had announced it was going to generate enough jobs to stop youths going abroad within the next five years. But the policy and programs for this fiscal year have missed out this key issue.

Likewise, the government had announced it was to make the country self-reliant in agriculture within 3 years and double agricultural output in 5 years. But the policy and programs unveiled by President Bidhya Devi Bhandari has not mentioned this and only talk of increasing production without any specific targets.

Economist Acharya said this is an example of lack of policy consistency and economic direction. “This leaves the private sector confused over injecting their money in investment projects,” he added .

The policy and programs, however, have not announced any specific programs to improve capital spending and neither is there anything of substance for improving manufacturing, which is ailing.

In much of today’s global economy, even the production of tangible goods is shaped by a growing number of intangible... Read More...

Minister Pokharel urges to invest in agriculture and tourism