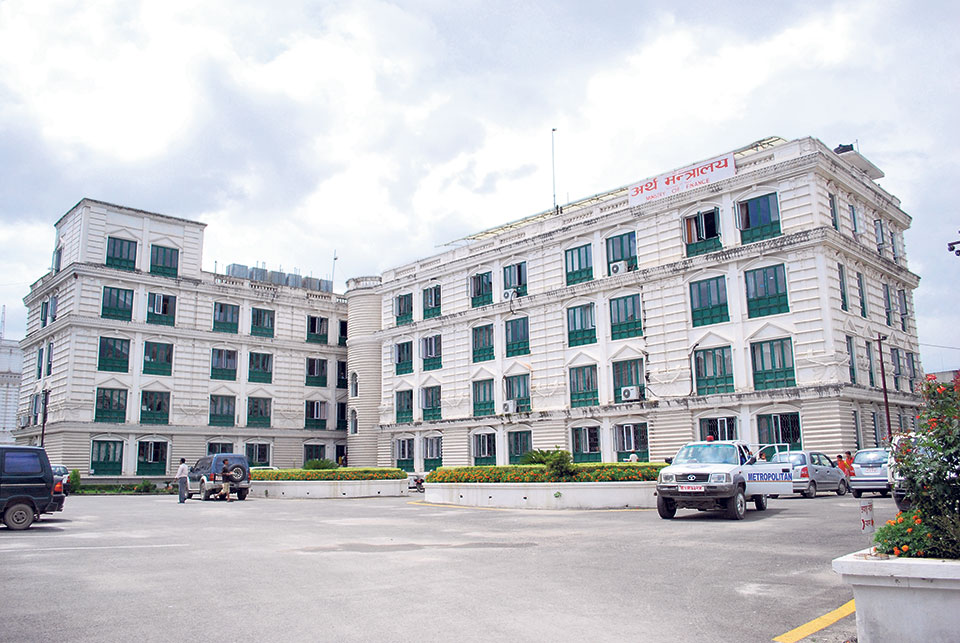 KATHMANDU, May 30: The government has decided to hike the salary of all government employees by up to 20 percent starting mid-July.

In the budget for the fiscal year 2019/20 unveiled in parliament on Wednesday, Finance Minister Yuba Raj Khatiwada announced an increase in the salary of non-gazetted government officials by 20 percent and that of gazetted third class and above officials by 18 percent.

The announcement increases the salary of gazetted officials by a minimum of Rs 9,824 and that of non-gazetted by a minimum Rs 3245. The increment is applicable to civil servants, personnel of the Nepal Police, Armed Police Force and Nepal Army and all those receiving allowances from state coffers.

The government was unable to hike salaries in last year's annual budget despite mounting pressure from trade unions . Civil servants are getting a raise in pay after two years.

Besides hiking the salary of government employees, the government has come up with various populist programs including a decision to hike social security allowances by Rs 1,000 for each beneficiary.

Finance Minister Khatiwada announced an increase in the elderly allowance to those above 70 years of age by 50 percent. Those receiving Rs 2,000 a month as elderly allowance will get Rs 3000 a month from mid-July. Khatiwada said around 1.3 million elderly citizens in the country will benefit from the new arrangement.

Similarly, the government has decided to provide an additional Rs 1,000 allowance to single women and citizens belonging to various communities on the verge of extinction. They are currently receiving Rs 1,000 a month in social security allowance.

It is estimated that around 900,000 citizens will benefit from the government's social security scheme.

The finance minister has also allocated Rs 1.5 billion in the name of the Children Protection Grant. The grant is meant for providing assistance to around 300,000 underprivileged and destitute children across the country.

Finance Minister Yuba Raj Khatiwada also announced an allowance for underprivileged children in districts with a low Human Development Index and those from backward regions.

KATHMANDU, Oct 8: The government has decided to increase the minimum salary of journalists by 25 percent to be effective from... Read More...