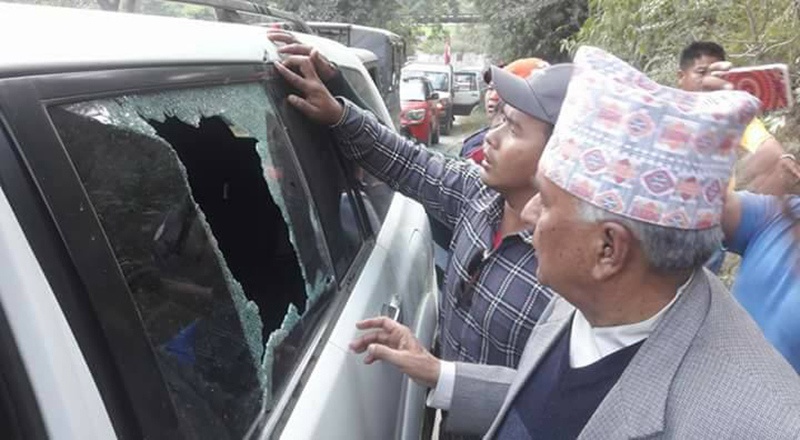 KATHMANDU, Nov 19: Senior leader of the ruling Nepali Congress (NC) Ram Chandra Poudel has come down heavily on his own party's government saying that it could not provide security to the election candidates.

An explosive was detonated at Bhanu Rural Municipality-10 of Tanahun district targeting his vehicle while he was en route to an election campaign in Lamjung at around 3 pm on Saturday. He is the parliamentary candidate of Tanahun constituency-1.

“I did not get hurt. But I had a narrow escape,” Poudel told Republica. “I was sitting at the back of the vehicle. The assailants attacked the vehicle hiding in the bush.”
He also criticized security bodies for failing to anticipate attacks and arrest those involved in series of attacks on poll candidates.

A team of 21 security personnel - 10 Armed Police Force and 11 Nepal Police - was escorting Poudel, a candidate for the upcoming parliamentary elections from constituency-1 of Tanahun district.

KATHMANDU, Nov 19: Expressing serious concerns over what it called 'a growing security threat', the Election Commission (EC) has urged the... Read More...

Provide us security: FENEGOSIDA to govt