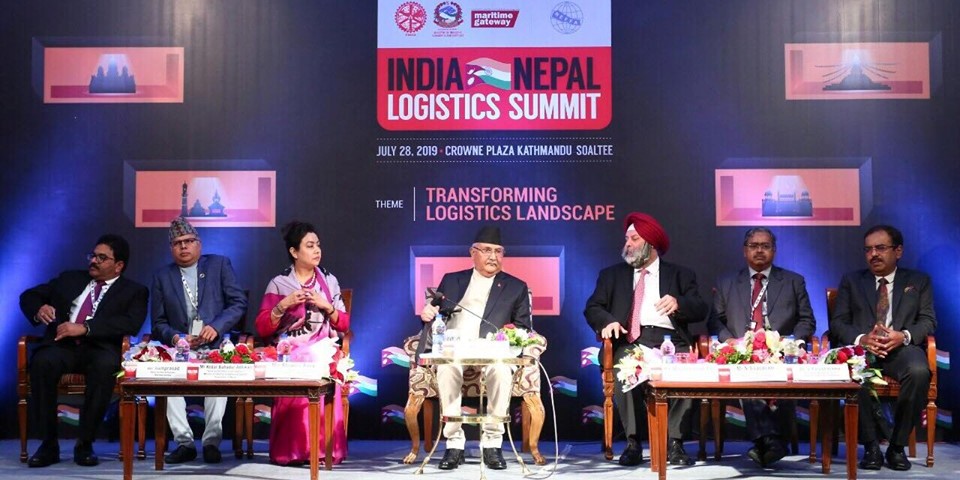 KATHMANDU, July 28: Prime Minister KP Sharma Oli has said that the government has given a high priority to its trade and investment relations with India.

Inaugurating a two-day India-Nepal Logistics Summit that began in Kathmandu on Sunday, the prime minister called for the enhancement of economic and trade relations between the two countries.

"We have strong trade ties with India and majority of our third country trade takes place via India," he said.

OIi said that Nepal is looking for better access via Indian seaports to carry out its third-country trade in the coming days.

On the occasion, Indian Ambassador to Nepal Manjeev Singh Puri said that India is committed to providing all support to Nepal's goal of achieving prosperity.

During the summit, people from the business fraternity, experts and government officials of the two countries will hold discussions on various aspects of Nepal-India trade relations.

Trade and transit protocol with China in July: Oli