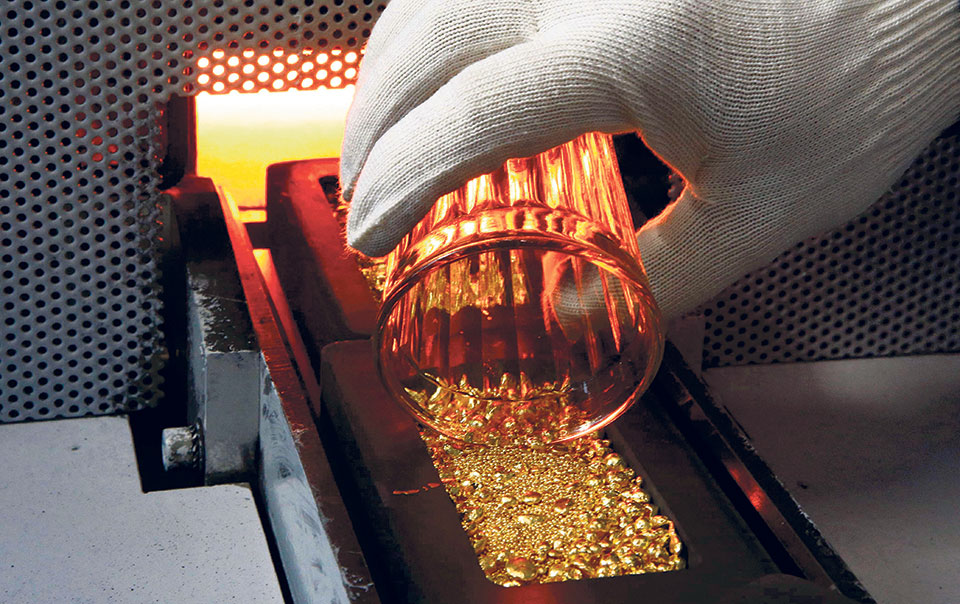 Meanwhile, the monthly and weekly price change also shows a similar trend. The gold price in the beginning of the month was Rs 61,000, which has increased by 1.97 percentage points to Rs 62,200 on Wednesday.

Official from of the Federation of Nepal Gold and Silver Dealers Association cited increasing international gold prices and depreciating Indian currency as factors that have influenced the recent market price of gold.

The official also added that the demand for gold has been decreasing as a result of increasing price. The market price for the precious metal follows suit of Wall Street in terms of price.

Experts say that the price of gold has been increasing for the past week in the international market due to weakening dollar as a result of heightening trade tension between two economic powerhouses: China and the US.

Manit Ratna Shakya, former president of the federation, said: “The rising US-China trade tension and decreasing consumer confidence in dollar and weak performance of the international stock markets can be attributed for the rising gold price.”

He further added: “The depreciating Indian currency can also be a cause to the recent market trend.”

According to Shakya, the demand for gold during the festival season used to be between 50-60 kilograms per day in the past, whereas, this year the demand has decreased to as low as 40 kilograms. Shakya speculated that the trend was due to changing cultural values, increasing price of gold and stagnant wage rate across the Nepali economy.