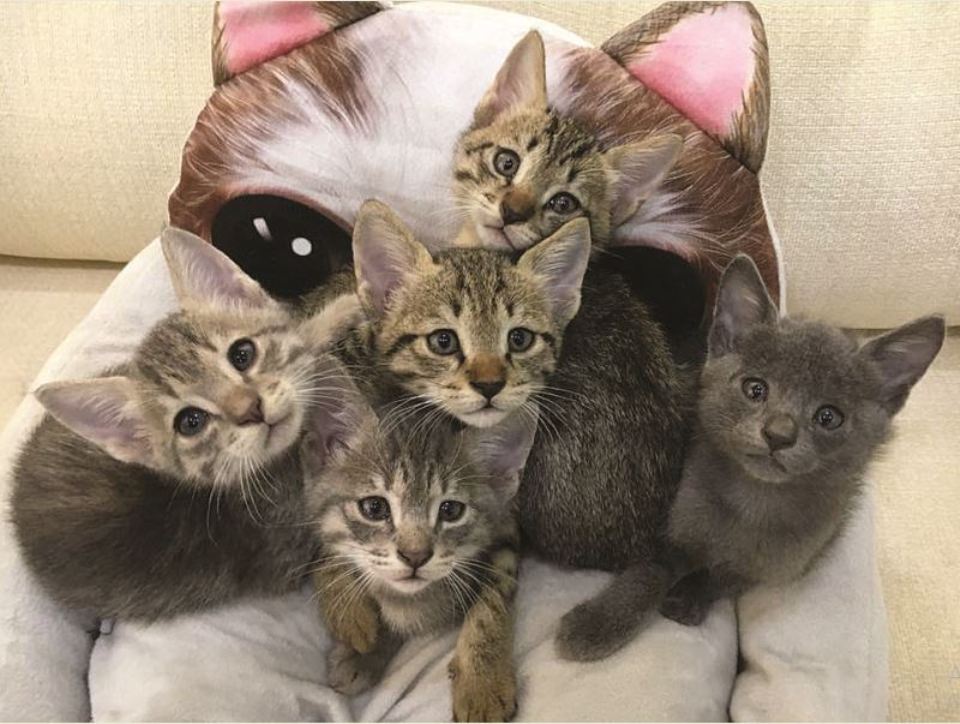 Generally, people have a divided opinion on cats. Some think they are clean and wonderful as pets while others think they bring bad luck or are too selfish. And while we find a lot of kennels and care centers for dogs here in Kathmandu, cats don’t seem to be as lucky. But if you want to provide a loving home to an orphaned kitten or rescue a cat living on the streets, they can contact Catmandu Lovers (pun probably intended) which has been rescuing kittens around Kathmandu since 2015.

Catmandu Lovers is a private home-based cat center that helps foster abandoned and orphaned newborn kittens. It was started by Richi and Neha, right after Richi came to Nepal from Singapore in 2015. According to Shristi Sherchan, communications officer at Catmandu Lovers, Richi came across many abandoned and orphaned cats and kittens on the streets of Kathmandu, especially after the earthquakes of 2015.

“Whenever she saw a kitten without the mother cat, she picked them up and took them home,” says Sherchan. As it was impossible for Richi to take care of all the cats herself, she opened an online page on Facebook and Instagram to find people willing to adopt the rescued kittens and it was this initiative that later went on to become Catmandu Lovers. “Eventually, the team grew in size and it became a proper home-based cat center,” explains Sherchan.

Catmandu Lovers mostly focuses on newly born kittens. “Often times we get a call or a message from people letting us know that they have come across a newly born kitten. After asking them a few questions and requesting for photos, we ask them to drop the kittens off at our center or we go and pick them up ourselves,” explains Sherchan.

Catmandu Lovers is based in two places, at Hattiban and Tokha. It’s fully furnished with everything cats might require like play pens, litter boxes, etc. They also use Kitten Milk Replacer (KMR) which is the best thing for kittens after their mother’s milk and make sure all the cats and kittens are properly fed throughout their stay.

“One sad fact about kittens is that almost 95% of them don’t make it as they are extremely vulnerable in the first week of their birth,” says Sherchan adding that this time period is when the kittens need to be cared for the most.

Sherchan shares her own story about how at one point she was looking after ten kittens out of which only two survived. “Caring for kittens is such an emotional process. I learned a lot about loss when I was looking after them,” she says.

Catmandu Lovers then posts pictures and videos of the surviving kittens in their social media pages for anyone searching for a cat to adopt. After they find someone willing to adopt one or more cats, they fill out some forms and brief the person on feeding and caring for the cats, after which they are taken to their new home. “Both the kittens that I took care of got adopted. There is no greater joy—and a hint of sadness—than seeing a kitten you raised find a new home,” she says.

According to her, as the team at Catmandu Lovers wants to make sure the cats find loving homes where they are well fed and cared for throughout their lives, they regularly check up on the cats and, should anything not go as planned, they have given themselves the rights to bring the cat back to the center.

Moreover, Catmandu Lovers also acts like a cat hotel where owners can leave their cats if they are going somewhere for a long period of time. They also have cat-sittings facilities, where someone from the team visits homes to feed and check on the cats at regular intervals. They charge a daily rate for this which, along with the donations, has helped the organization survive.

One of the most important objectives of Catmandu Lovers is to get cats sterilized. “When we are filling out the forms for adoption, we give them a proper date and time when they must bring back the kittens in order to get them sterilized,” says Sherchan. The main reason for doing this, according to her, is to reduce the number of stray cats and kittens. “We simply can’t have more abandoned cats and kittens on the streets,” she says.

Sherchan claims that last year alone, they were able to help almost 40 kittens find homes. “Earlier, it used to be mostly expats or foreigners living here in Nepal who would take cats home but in the recent times there has been a surge in the number of Nepali people looking to adopt cats,” says Sherchan, “It’s nice to see Nepali youths breaking free from the superstition that cats bring bad luck and trying to embrace cats as loving, domesticated pets.”

Pets are an essential part of our lives. They are truly a man’s best friends. Research suggests that pet owners... Read More...

Saving street animals one at a time

We all love having pets at home. Be it dogs, cats or, if you are brave enough, even snakes, pets... Read More...

The festive season is upon us and it is once again time to celebrate. Tihar is just around the corner... Read More...

Smart lockdown to be enforced, int’l flights to resume
22 minutes ago