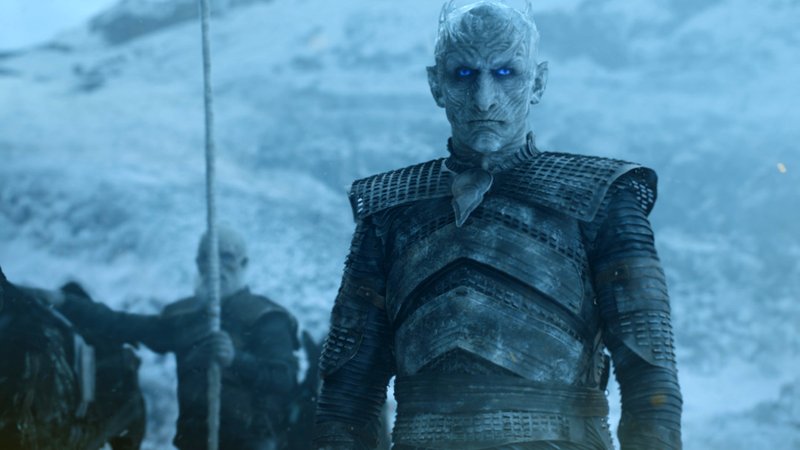 This image released by HBO shows a scene from “Game of Thrones.” The show holds the series record for most awards in a year, a dozen, which it set in 2015 and matched the following year, and with a total of 38 Emmys stands as the most-honored program ever. (HBO via AP)

When the 70th Emmy Awards nominees are announced at 11:25 a.m. EDT Thursday morning, popular series including HBO’s “Game of Thrones,” NBC’s “This Is Us” and CBS’ “Mom” are likely to get their share of recognition.

The fantasy saga based on George R.R. Martin’s novels is a two-time best drama series winner, back in the running for honors for its next-to-last season after a production delay kept it out of the 2017 competition.

“Game of Thrones” holds the series record for most awards in a year, a dozen, which it set in 2015 and matched the following year, and with a total of 38 Emmys stands as the most-honored drama ever.

Its biggest adversary is “The Handmaid’s Tale,” the dystopian drama that last year captured the top series prize and acting awards for Elisabeth Moss, Ann Dowd and Alexis Bledel among its eight wins.

Other likely contenders include Netflix’s “Stranger Things” and “The Crown” and, just maybe, BBC America’s breakout “Killing Eve,” with Sandra Oh as a spy hunting a female assassin.

Among comedies, a break in competition for HBO’s “Veep” is a break for rivals long sidelined as the show collected three best comedy awards (and six best actress trophies for Julia Louis-Dreyfus).

FX’s “Atlanta,” which last year earned directing and acting trophies for creator-star Donald Glover, could be this year’s titan. But there’s a chance that Amazon newcomer “The Marvelous Mrs. Maisel,” about a homemaker turned brassy comedian, could come on strong.

There are two blasts from the past as well to consider: The revivals of NBC’s “Will & Grace” and ABC’s “Roseanne.” With “Mom” and ABC’s “Modern Family,” they’re broadcasting’s strongest bets to fight the growing dominance of streaming and cable.

“This Is Us” is likely to be the only network offering to crack the best drama series category.

“Roseanne,” canceled after one comeback season because of star Roseanne Barr’s racist tweet, may have too much baggage to earn a best series nod, especially since such recognition eluded it during its original 1988-97 run.

But its cast members may have better luck, especially Laurie Metcalf, a three-time Emmy winner for her role as Jackie in the show’s first go-around. She also has the newly minted glow of a Tony Award winner for her performance in “Three Tall Women” and an Oscar nominee for “Lady Bird.”

Allison Janney of “Mom,” who has won two supporting actress trophies for the show and last year tried competing in the lead actress category, can claim her own big-screen awards aura: She received an Oscar for “I, Tonya” earlier this year.

The Emmys ceremony airs Sept. 17 on NBC with Colin Jost and Michael Che of “Saturday Night Live” as hosts.

No entry for Madhav Nepal in UML: Oli
8 hours ago

Fire breaks out in Fusre of Dharan
6 hours ago