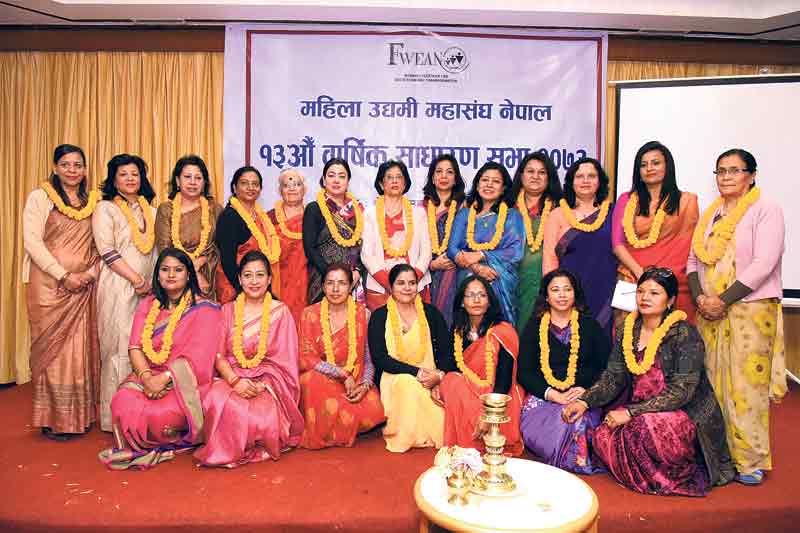 FWEAN, an umbrella organization of women entrepreneurs working to create socio-economic transformation in Nepal, was announced the Gold Award Winner among three finalists, including two other organizations - one from Mexico and the other from UAE.

FWEAN’s project chosen for the competition was about formalizing and strengthening of women enterprises through a Business Clinic. The project was implemented by FWEAN during March-September 2016 with the support of the International Labour Organization - Way out of Informality Project (ILO WOI Project).

The project was aimed at formalizing and strengthening women-led SMEs in Nepal, enhancing the capacity of women-led SMEs for entrepreneurship development, and facilitating them in business planning, marketing, establishing linkages with banks, among others.

IPMA President Reinhard Wagner on November received the award on November 8 on behalf of FWEAN. The award was handed FWEAN President Bhawani Rana amidst a special ceremony on Saturday.

IPMA is the world's first project management association, founded in 1965, according to a press release issued by the FWEAN. Their national associations collaborate to advance their profession's achievements in project and business success.