Fusion of old and new 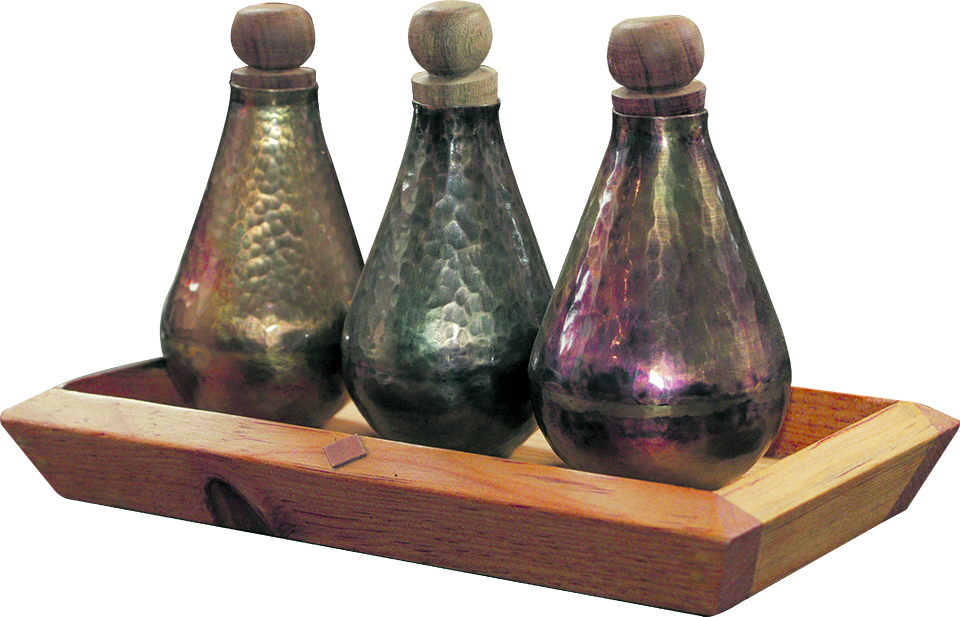 Pia is a multicultural brand that takes inspiration from traditional crafts of different places all around the world and contemporizes theses techniques and cultural influences to create something that is modern and relevant in the recent times. These crafts and techniques take shape in home decor items like lamps, plates, cushions and throws as well as accessories like bags, clothes, and scarves.

Pia was started by Marie Ange Holmgren Sylvain, who claims to have always been fascinated by the relationship between culture, traditions, and designs. “At Pia, we take a technique from Ecuador and a design from Nepal, merging them together to birth a contemporary object,” she explains adding that techniques and material may vary but in the end they are bound together by the philosophy of handicrafts.

Similarly, Pia also acts as a medium to safeguard the culture of handicrafts in Nepal as well as alleviate its quality and finesse to brand it as a luxury product – one that is worthy of your living space and money. “To me a “luxury” object is anything that is fashioned by hand, using skills that have been passed down since the 13th century, be it a copper plate or a simple oil lamp,” she says.
Holmgren Sylvain, who has previously worked in the UN for 30 years, has traveled all over the world, learning about their culture as well as appreciating local handicrafts and other products wherever she went. She then opened up a communication studio Image Ark in Patan, which currently houses the showroom for Pia.

As Holmgren Sylvain began expanding Image Ark, she noticed artisans from Nepal abandoning their skills and leaving the country for other forms of work. “Imagine somebody who can craft a copper bottle by hand leaving to work as a night guard in Dubai,” she says, adding that she hoped to keep these artisans in Nepal by offering them a chance to do something different.

“Because the artisans kept doing the same thing over and over again, the market became saturated and so they stopped selling as much as they used to. I told them if they worked with more contemporary designs that could lure people into buying their crafts,” she explains. And she is happy to say that she has been able to persuade some artisans into staying back and working in and for their own country.

The basic idea for Pia is to use traditional skills to make something that is new and unique. For instance, copper is used in “kalash” or “thalis” in Nepali households but at Pia, one of their bestsellers are the “kachuwa” lamps which uses the skills and patterns of classic Nepali copper products and fuses it with a chic modern design.

“At first, the artisans were skeptical about embracing these new styles and designs, considering how they have been making the same pots and bowls for decades. But once I showed them how artisans in Turkey and Peru were using copper to make things other than bowls or pots, they were amazed,” she recalls. And now, two years later, she says that the artisans have improved a lot, are much more curious than before and make sure to do it better than those in Turkey or Peru.

According to Holmgren Sylvain, products by Pia were well received here in Nepal, though she does agree that sometimes the cost can be a little over what an average Nepali is comfortable spending. “It’s important to know that it’s not the material that adds value to the final product, it’s the craftsmanship – the beauty of a work done by human hand – that demands such a value,” she says adding that slowly but surely, people are coming to appreciate all the work that is being put into making a single piece. However, internationally, Pia has been doing very well showcasing its products in various international exhibitions and catering to a large base of customers.

Holmgren Sylvain recalls that Pia was the name her mother wanted to name her as a child. And so, when it came to giving her project a name, she found a way to pay homage to her mother. “My mother always said that beauty was not only on the outside but also in the elegance of one’s thought and the depth in their feelings, which I feel resonates with the whole idea of Pia,” she says, adding that Pia’s products have to have meaning – be it celebrating certain skills or reinventing and merging cultures – rather than just being a showpiece to display on a shelf.

In the future, Holmgren Sylvain hopes to expand the work Pia is doing – as of now, it mainly focuses on home decor and accessories – and make it possible to design an entire home with Pia. By introducing a wider range of cushions and throws, she hopes to work with more women from all over Nepal. With Pia, Holmgren Sylvain hopes to raise the bar of Nepali handmade products in the Nepali market. She argues that Nepali artisans have not been as recognized as they should be. “I want Nepali products to have a brand name and for it to have value in the international market,” she concludes.

Old wine in a new bottle

BHAKTAPUR, Aug 24: The government has declared various new municipalities in Bhaktapur district but, in true sense, they are no... Read More...