If you are planning to gift your friend a quirky and unconventional gift for his/her birthday, look no more. Khwappa Cartoons, a product/service company based in Kathmandu, is here to help. Started in 2016, Khwappa Cartoons creates eccentric cartoonized version of different faces, mainly as per their clients’ demands, and prints them on cups, badges, frames, and cushions. You can get a sense of their rising popularity by the 1200+ followers on Instagram and an equally impressive number of likes on Facebook.

College friends Saujanya Pradhan, Sonal Shrestha, and Sameep Babu Malla, while studying marketing and personal branding, thought of doing something related to their field of studies. And so, a year after their graduation, they created Khwappa Cartoons mainly focusing on personal branding, especially business cards. But with Malla abroad pursuing his further studies, Pradhan and Shrestha currently handle the company.

“Business cards are usually really plain and not so eye-catching. But we came up with the idea of adding a cartoon (of your face) to it, to make it more striking and also a little comical,” says Shrestha. “This way the person handing out the business card would stand out and become more noticeable,” he further explains.

Along with business cards, they also made badges and stickers. Initially, their business plan was to mainly focus on personal branding i.e. help people make their personal identities (especially in business) a little more noticeable. But as their customers preferred to give them as gifts rather than use them personally, they went with the flow and also added mugs, cushions, and frames. “We evolved our business according to our customers’ demands and embraced the idea of selling our products as gifts,” explains Pradhan.

The entire process starts with a customer bringing in a photo of the person to be cartoonized and printed in the material of their choice (mugs, cushion etc.) via email or Instagram. Pradhan then digitizes the face into that of a cartoon using adobe illustrator. “All of it is done graphically,” explains Pradhan. The first draft is then shown to the client for feedback and, after a few corrections depending on the client’s needs and suggestions, the cartoon is finalized for print. “Previously, we used to show the customers the final product, to maintain an element of surprise. But after a while we learned it was best to show them the draft first,” says Shrestha.

After that, the cartoon is printed on mugs, frames, badges or cushions, according to one’s choice. Recently, they have come of with doing a week-to-week schedule where they do one medium a week. For instance, they take orders for mugs for one whole week, then switch to frames for another. “This has been surprisingly more effective than we had thought it would be,” explains Pradhan.

Both Shrestha and Pradhan mention that their customers are mostly from the younger generation and, for some reason, mostly female. “When we are young, our friendships have a little more fun in them. We often tease or mock one another. Plus, we aren’t afraid to give one another unconventional gifts,” says Shrestha adding that he thinks this is largely the reason why their clientele is mostly youngsters.

Along with the cartoonized faces, slangs and lines that are unique to each person can also be added, making the gift even more personal and heartfelt. Pradhan and Shrestha also agree that the reason they are getting such an overwhelming response is because the concept of cartoonizing oneself and printing the image in different mediums is fairly new in Nepal. “Usually Nepali cartoonists or artists generally just focus on their art as the product but in our cause the art is attached to a medium,” adds Pradhan.

However, they have faced their fair share of difficulties during the two years since they established their company. “The main problem is the printing. There are no proper printing houses in Kathmandu that we can rely on,” says Shrestha adding that the cartoons sometimes come out blurry or are double printed and have to be redone. “This wastes our as well as our client’s time and money,” adds Shrestha.

As of now, they are still looking for a place from where they can produce consistent and reliable products. Another problem is that they have to print different things at different places and that can be quite the hassle. But Pradhan says they don’t mind it that much as they get to meet new people. Also their new strategy of doing one product a week has, to a large extent, lightened the load.

The name “Khwappa Cartoons” stems from the Newari word “Khwappa” which means face or a mask. “It seemed pretty reasonable to name the company “Khwappa Cartoons” because we mainly deal with faces and cartoons,” explains Pradhan adding that the company has found its loyal customers in different business hubs like HLE Nepal, Karkhana, Antarprenana and ACT360 just to name a few. They issue personalized mugs for the entire staff, giving these corporate places a warmer and livelier feel (at least in their cafeteria).

They have also printed badges for an entire batch of students as well as printed mugs for guests and mentors at various school/college events. One of the reasons behind the popularity of Kwappa Cartoons besides their unique designs could be the fact that their products are reasonably priced and you don’t have to empty your wallet to buy someone a decent gift.

Shrestha and Pradhan consider Khwappa Cartoons a side-project as both of them have jobs of their own. But they do hope to make Khwappa Cartoons a full-time venture. They are also open about collaborating with other companies and artists as they do with Mint Lemonade for the cushions and Cuppas Café at Hattisar in Kathmandu for their pick-up spot. Similarly, they also come up with exciting offers every now and then that can tempt anyone to see the faces they love as cartoons on an item of their choice. 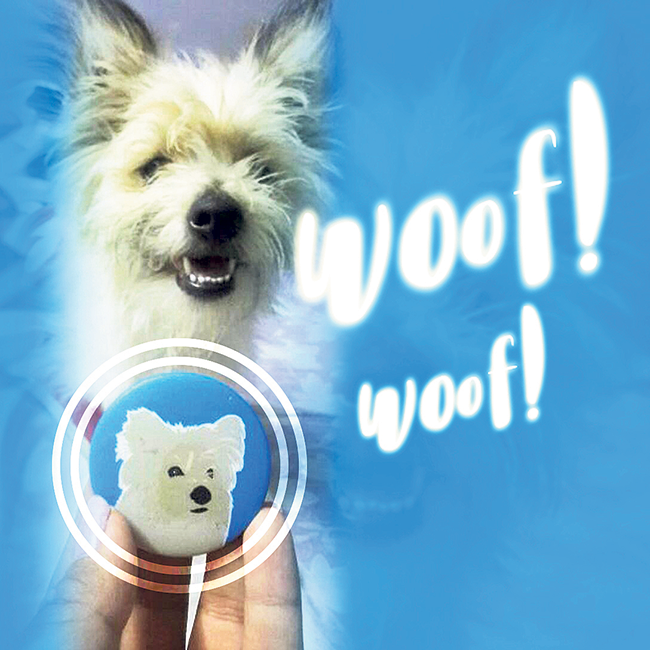 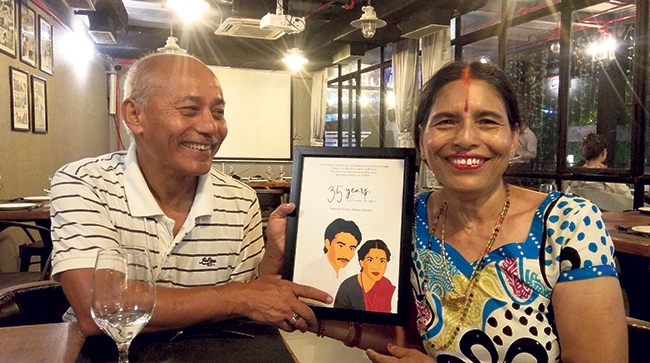 Exhibition at Image Ark frames ‘Sketches in the Margin’

Have you ever thought that the receipt you just got handed from the supermarket could be your canvas, and even... Read More...

Gulf returnee making a living by selling cups of tea

Global football body FIFA announced another Chinese sponsor on Wednesday, saying that smartphone maker Vivo will be a backer for... Read More...

It is difficult to run hotels according to the prevailing policy: HAN
6 minutes ago