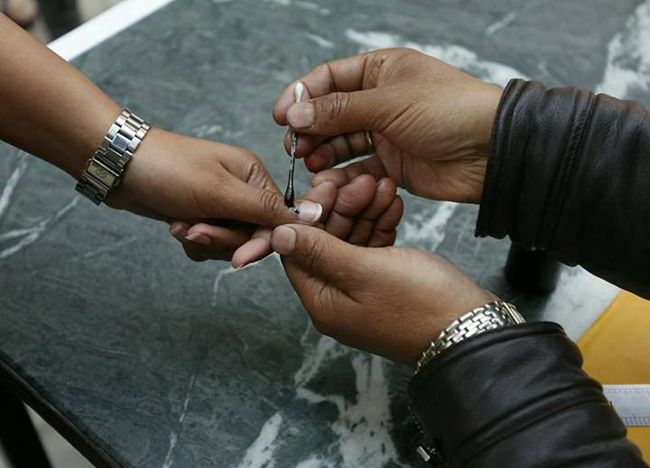 KATHMANDU, March 1:  The Free Student Union (FSU) elections is underway at a few campuses affiliated with Tribhuvan University (TU) across the country on Wednesday, while most of the constituent campuses and affiliated campuses of the university remain padlocked.

Students of only 23 constituent campuses out of 60 are casting their votes on Wednesday, among which 9 campuses from Kathmandu and rest 14 from outside the valley. Lalit Kala Campus Of Fine Arts, Sano Thimi Campus, Pulchowk Engineering Campus (IOE), Thapathali Engineering Campus, Public Administration Campus,Institute of Medicine (IOM), Nursing Campus Maharajgunj, Ayurved Campus Kirtipur and Bhaktapur  Multiple Campus from the valley are witnessing the election on Wednesday. Popular campuses including Shanker Dev Cmapus, Nepal Commerce Campus, Tri Chandra Campus, Amrit Science Campus (ASCOL) and Saraswati Campus among others could not hold the election on slated date provided by the university as the student unions failed to nominate the candidates for the election on Saturday.

TU has 60 constituent campuses while more than 1,000 colleges including community colleges across the country are affiliated to it, according to TU authorities. More than 350,000 students are eligible to choose their representatives through the FSU polls.

A meeting of the student unions and TU authorities on February 16 decided to hold the FSU polls on March 1, which was earlier scheduled for February 25.

The last FSU polls were held eight years ago against the provision of holding them every two years.

KATHMANDU, March 7: The Free Student Union (FSU) polls in the remaining campuses under the Tribhuvan University (TU) have been postponed... Read More...

Three campuses in Dhading to hold FSU election on Saturday

Shweta Khadka getting married this December
20 hours ago

Alluding to India, China says its relationship with Nepal will not impact third party
16 hours ago