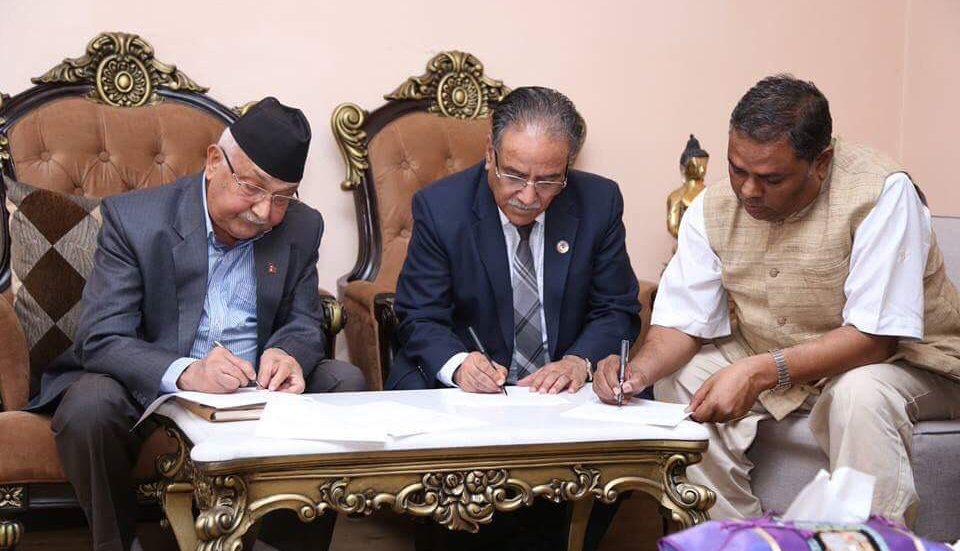 Will get the Ministry of Health and Population, the Ministry Urban Development and a state ministerial position

Although not mentioned in the written agreement, NCP chairs duo Oli and Pushpa Kamal Dahal had separately agreed to give three ministerial portfolios to FSFN in the Oli cabinet including the Ministry of Health and Population and the Ministry Urban Development, according to leaders involved in power-sharing negotiations.Monday's agreement has been described as a "win-win" for both the parties. By bringing FSFN on board the government, Oli has strengthened the prospects of the government's stability. It is also likely to help NCP regain the trust of Madhesi constituents which had faded with Oli's harsh stance on the constitution amendment.For FSFN, it comes as an opportunity to be part of a stable government for the next five years after forming its own government in Province 2.NCP leaders said that the agreement has also paved the way for the Rastriya Janata Party Nepal to join the government. Oli's aides said that the government would now hold formal meeting with RJPN leaders to bring the third largest party in the government.With the agreement, FSFN Chair Yadav has intensified internal consultations with his party's leaders to pick the ministerial candidates.Leaders said that the party is preparing to join the government under Yadav's leadership. At least five more candidates including Rajendra Shrestha, Renu Kumari Yadav, Mohammed Istiyak Rai and Ram Sahaya Yadav have been seen as potential contenders for the three posts.Shrestha said that the party has not yet begun homework for selection of the ministerial candidates. 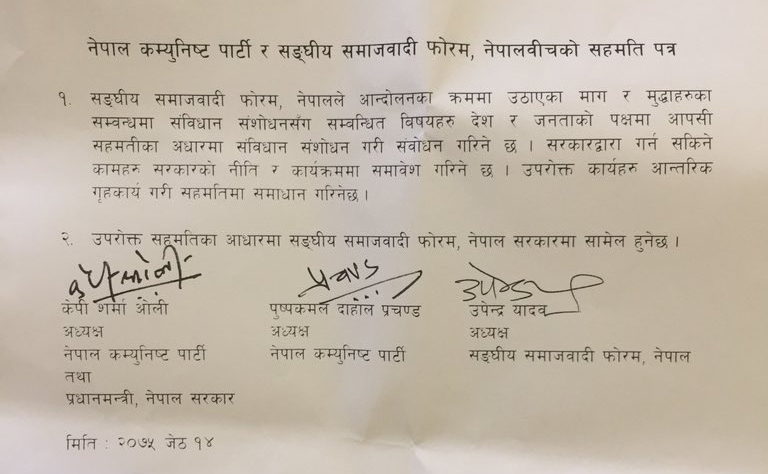