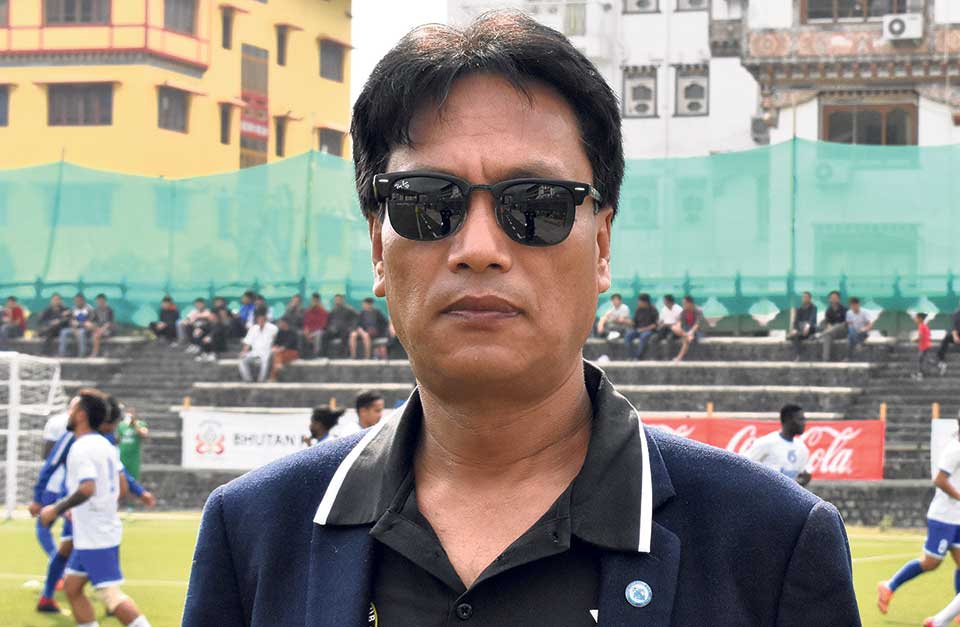 KATHMANDU, March 3: When any club is successful, the contribution of the players and the coach of the club are appreciated. But, there are also many other people who help the club move forward. Among them, a team manager plays a crucial role in the success of the club, but that side often gets overlooked.

When a Nepali club is successful, only the players and the coach of that club are praised.

The case of a heavyweight Nepali club Three Star, however, is quite different. When Three Star achieves something, not only the players and the coach are well regarded, the team manager and other team officials are also appreciated as equally important part of the club.

The third-placed A-Division League club, Three Star, regards the team manager just like it does its players and the coach. Three Star began in 1954 from Mangalbazar of Lalitpur with the aim of social development and sports progress. It made its Nepali football debut from ‘D’ Division League, and was promoted to the first tier in 1962.

From that time, Three Star has remained as one of the best clubs in Nepali football and Mukesh Nakarmi is a team manager of the club. Nakarmi has been handling the responsibility of the manager of the team from the last two and half years.

Nakarmi, a local of Mangalbazar, was attached to Three Star as a supporter of the club from 1964.

“I felt a sense of attachment to the club from the starting days of Three Star,’’ Nakarmi said. “Then I began to get active with the every activities of the club. I always wanted to contribute to the club in the management sector, despite not being able to help the club as a player.’’

He said he started to go to the stadium to watch every Three Star match from the starting days and that his role has now changed. Remembering his days when he used to watch Three Star play live at the stadium, Nakarmi said that the time moves fast and that now he is the team manager of the same club. “My journey has let me move from the parapet to the Three Star’s player box.’’

Nakarmi said he will leave no stone unturned to make Three Star even a stronger team. He however was quick to add that the success of the club is not achieved by a single person, but is done by the hard work of all the people involved in the club.
“Three Star is a club that is dedicated to the development of Nepali football. There are a big number of people who follow the club with immense dedication, and that is the strong aspect of the team,” Nakarmi said. “The contributions of many people, organizations and supporters have helped a lot for the club to reach this level.’’

Handicraft businessman Nakarmi had begun to serve the club from 2016 as the team manager. He is of the opinion that handling a club as a manager is not easy.  “In Nepal, the club manager is not taken as a professional,” Nakarmi complained, “The management plays a big role in the success of the club. When the club wins something, only the players and the coach are appreciated, while the team management gets overlooked.’’

Three Star has played over 20 national and international tournaments since Nakarmi took over his role. It won eight of the 13 finals it played.