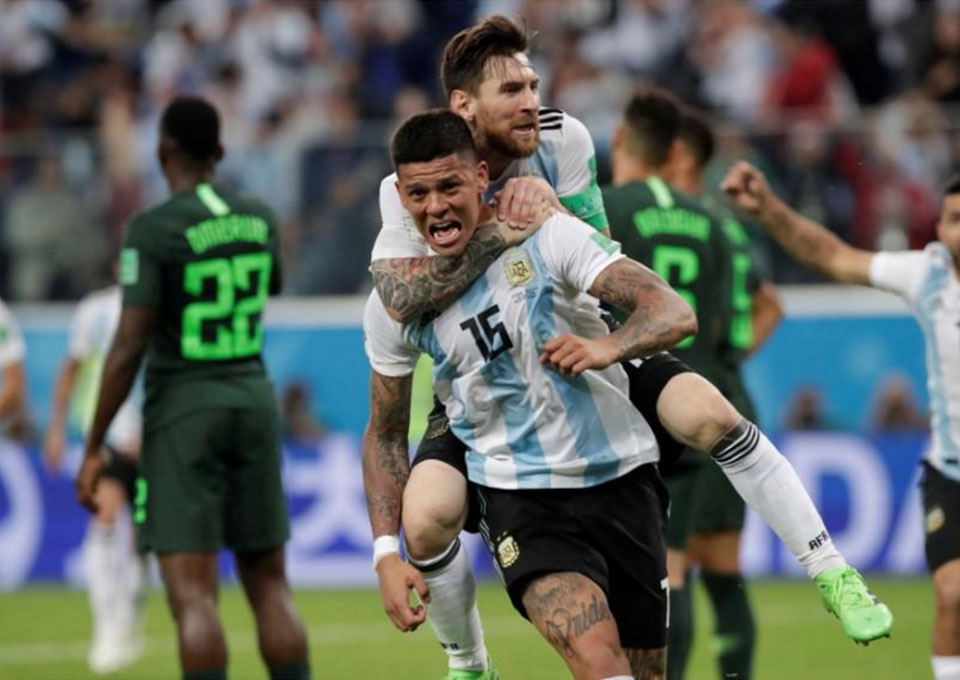 RUSSIA, June 28: The name of Lionel Messi is on everyone’s lips in the French camp as Les Bleus gear up for a seismic clash with Argentina in the World Cup last 16 on Saturday.

France qualified comfortably, if not convincingly, top of Group C, while Argentina scraped through Group D and if both sides have remarkable offensive qualities, they have yet to show their full potential.

Messi, however, is the kind of player who can make the difference at any time and Les Bleus are well aware of that.

Unsurprisingly, the vast majority of questions put to Steve Mandanda and Presnel Kimpembe in Wednesday’s news conference were about Argentina’s talisman.

“Most of us know him because either we have played against him or play with him (at Barcelona),” reserve goalkeeper Mandanda said.

“We all know he is a player who can change the course of a game, he can do everything.”

Centre back Kimpembe shackled Messi in a Champions League game against Paris St Germain in 2017.

“That day was my first Champions League game but I hadn’t done anything special, I was just super focused,” said Kimpembe, who is not expected to start at the Kazan Arena as Messi’s team mate Samuel Untiti should be paired with Real Madrid’s Raphael Varane.

“Messi is one of the best players in the world. I don’t think anyone on this planet has a solution to stop Messi.”

France will need to defend against Messi as a team.

“The only solution has to be collective,” Kimpembe said, adding that Messi is not the only quality player in Jorge Sampaoli’s squad.

“It’s not just Messi in that team, there are other big names. And they have a lot of pride. It’s going to be very, very complicated,” he said.