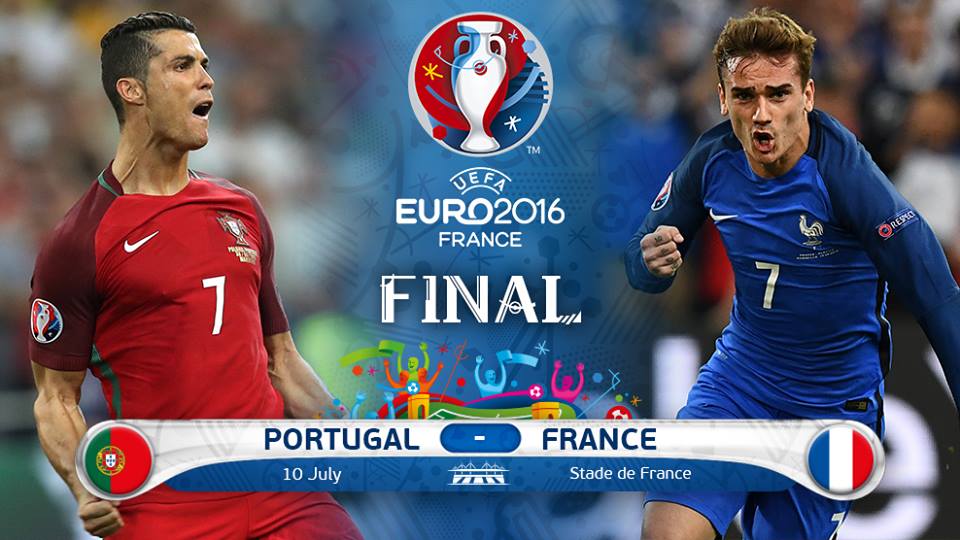 SAINT-DENIS, France, July 10: Eight months after a wave of attacks brought death to the streets of Paris, France's national team takes on Portugal in a European Championship final with more than just a silver trophy at stake.

The stadium hosting Sunday's final was the very first target of the Nov. 13 attacks which killed 130 people in and around Paris. Three suicide bombers blew themselves up outside the Stade de France, killing a bystander, while France played Germany in a friendly match.

Ahead of Sunday's game at the same venue, the symbolism has not been lost on a France team that is doing its level best to bring a measure of happiness to a country still mourning its dead.

"We've obviously been through some difficult times with regards to this dramatic event," France captain Lloris said Saturday at a pre-match news conference.

"The fact that we have managed to respond on the pitch gives us a bit more pride. Feeling all of the French public behind us, feeling the joy shared between the players and the fans strengthens our bond."

After a halting start to the tournament, France has gained in confidence, routing Iceland 5-2 in the quarterfinals and then beating World Cup winner Germany 2-0 in the semifinals. The national fervor, slow at first, has picked up in tandem with France's improved form.

Now there is a genuine sense of belief — among fans and players — that France can win its first trophy since Euro 2000 and a fourth major tournament title.

And it couldn't come at a better time.

"The French needed an escape, through this competition," Lloris said. "And sport has this ability to bring people together. We can see it very clearly, because we're experiencing it together.

"There is one step to go, probably the hardest. But it's worth finishing on your knees for."

France's captain calls Euro 2016 a "great human adventure," one where the fans have fallen definitively back in love with the team — something which appeared impossible only a few years ago.

"We've shown many values, especially in terms of teamwork. We can really talk about having a team now," he said. "We have the chance to become a part of French (football) history and it's a unique chance."

Playing in his fourth consecutive major tournament, Lloris is one of a handful of players remaining from France's shambolic 2010 World Cup campaign in South Africa.

Back then, players shocked a nation by going on strike in training as a show of protest after striker Nicolas Anelka was sent home for insulting then-coach Raymond Domenech.

When they returned home, the fallout was enormous and the players were loathed by the French public, who viewed them as irresponsible and selfish spoiled brats, and they were lambasted by politicians.

"We went through a crisis in French football," Lloris acknowledged. "But we managed to rise back up, climb up the hill again."

Defender Bacary Sagna, who is set to start against Portugal on Sunday, was also part of that campaign. Like his teammates, he welcomes the turnaround in the squad's standing with the home fans.

Having once condemned its football team, the nation now seems to be depending on it.