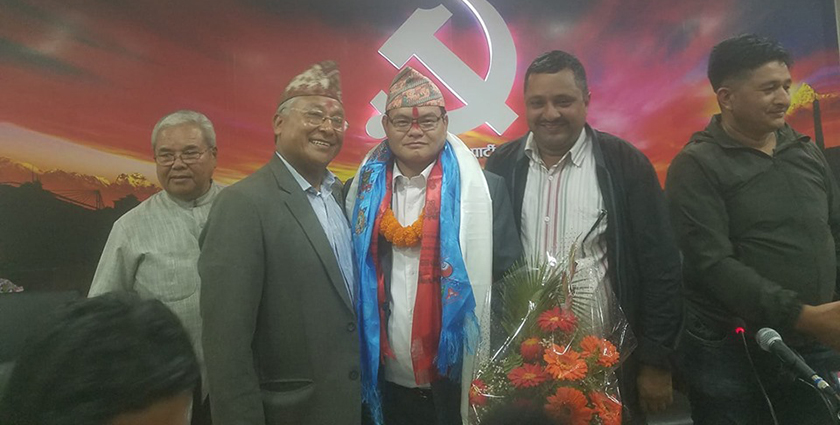 Amid a function held at the NCP headquarters in the capital on Sunday morning, NCP Chairman Pushpa Kamal Dahal, General Secretary Bishnu Poudel, and Home Minister Ram Bahadur Thapa (Badal) welcomed Padam Rai, who was the politburo member of the Chand-led party.

Rai was the deputy chief of the 'People's Government' formed by the Chand-led party.

In the past, Rai was associated with the then rebel Maoist during the ten-year-long conflict.

He was a powerful Maoist leader during the conflict period based in Bhojpur.

Speaking during the event, Rai said that he joined the party for the sake of "integrated people's revolution" but was forced to quit the Chand-led party after the party carried out some violent activities in recent days.

Before joining the Chand-led party, he was associated with Mohan Baidya-led Maoist, the splinter group of the former rebel Maoist.

In the last provincial elections, Rai was arrested on the charge of detonating a bomb targetting Chief Minister of province 1 Sher Dhan Rai in eastern Nepal. However, Rai was released following the court's order.

KATHMANDU, May 18: Failing to merge the committees and wings of the two former parties – UML and Maoist -- into... Read More...