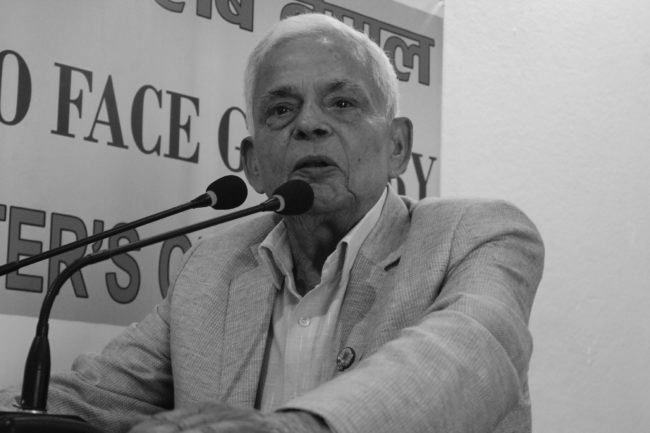 He succumbed to pneumonia while undergoing treatment at Dhumbarahi-based HAMS Hospital.

Adhikari had earned popularity by introducing people-orientated programs such as senior citizen allowance and ‘Let’s build our village on our own,’ during his tenure as the finance minister in the nine-month government led by former Prime Minister Manmohan Adhikari in 2051 BS.

Adhikari’s body to be kept at Dhumbarahi for condolence tomorrow

Adhikari’s body will be kept at the central party office of Nepal Communist Party in Dhumbarahi from 9 am to... Read More...

Veteran actor Deepak Chhetri known for his negative roles in films like ‘Prithvi’ and ‘Seemana’ died on Saturday. The reason... Read More...