Forest encroachment in the name of flood victims 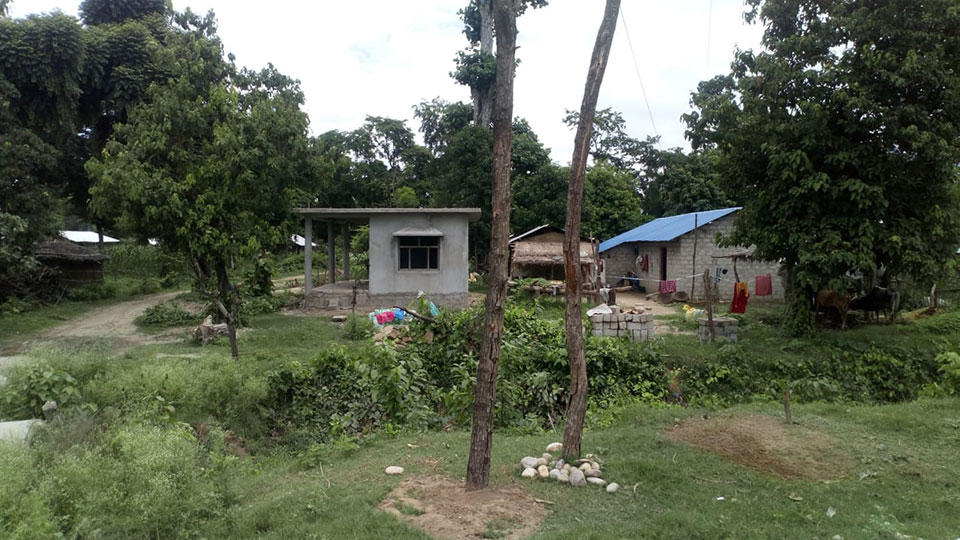 NEPALGUNJ, Aug 25: Until a decade ago, forests around the Rapti River were dense. People would go to the forest area to collect fodder and grass. These days, the woods have been replaced by human settlements in Fattepur, Binauna, Kachanpur, Kusum, Holiya, Betahani and Matehiya, among other places, according to the Forest Division Office of Banke. And forest area has been encroached on the pretext of flood victims.

Flood victims had started erecting houses on the edges of forest in 2006. During 2014, a vast number of flood victims came to reside near the forest areas. More forest was encroached in 2017.

The local government had let the flood victims occupy the jungle areas temporarily. It was just a verbal deal between the authority and the occupants. After the fear of floods subsided, many flood-hit families returned to their original places. However, the forest area continued to shrink further.

According to locals, those who have captured the forest areas and built houses do not include flood victims alone. Genuine flood victims are few in the new settlements. And the forest department has made many unsuccessful attempts to reclaim encroached forest lands.

According to the division office, community forests of Fattepur have been largely encroached. Siddheshwar, Shiddhababa, Kusumya, Bagawati, Ramjanaki, Mandafawa and Pokhara Maata, among other community forests, has lost large parts of their lands to so-called flood victims. Locals assume that single-families have occupied between five katta to two bigha of forest land. “Some have come from other districts to capture lands here,” claimed a local resident requesting anonymity.

According to Jaluram Tharu, fake flood victims have created troubles for the people like him. While the real victims are few in numbers, the vast majority are fake victims, he claimed.

“I came and started living in this jungle a few years ago after my house was swept away by the flood. There are a few more families like mine,” reported Tharu, who has a small hut at Siddheshwor forest area. “But later so many people came from elsewhere. They are affluent. They are not flood victims,” he added.

He wants the government to verify the cases and identify real and fake flood victims. If that is not done and if any policy is followed to vacate the forest land, ‘helpless people like him would be hard hit’.

“There are two forces, one is for freeing the encroached lands, and there is another which is not that eager to leave the forest areas,” he said. “And apart from that political interference on the issue to back people who want to continue encroaching of the forest area.”

A lady who requested anonymity too stated that land mafias’ interest over the forest land has grown due to the completion of the Postal Highway. “As the land’s price is going to skyrocket, mafias have started to eye forest land around here,” she remarked.

In Siddheshwor forest area also there are many ‘flood-hit’ families. According to the data of the forest division office, 2166 hectors of land around the Rapti river have already been infringed.

“In the name of floods and flood victims, excess land has been encroached. More than the real victims, it is the fake victims who have build cottages in the land. We have stopped the renewal of community forests as for now,” said the chief of the forest division Mohan Shrestha. “We need to address the problem. Police, local administration and other stakeholders must come together and act jointly. We must ensure that land mafias don’t get political backing,” he added.

ITAHARI, Aug 1: Around a decade and half ago, Anu Shrestha's family in Bahuni village of Morang district moved into... Read More...

ILAM, July 17: The trend of encroaching upon forest land for settlement has been rampantly increasing in Ilam but the... Read More...

Street children 'terrorize' tourists as they beg
21 hours ago

Bill of surveillance
22 hours ago

Homestay not attracted by subsidy
19 hours ago

'Community should continue efforts to enliven culture'
11 hours ago

Prosperity not a far cry, Minister Basnet says
12 hours ago